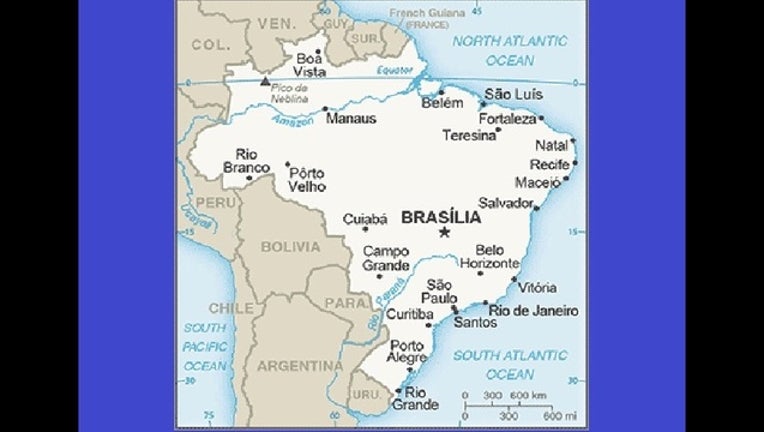 "The request of external (armed) forces for Rio de Janeiro is in order to release the police of the state to take care of the city, the citizen and the tourists," Beltrame said.

Security is one in a long list of problems facing South America's first Olympics. They include the Zika virus, water pollution, steep budget cuts, a deep recession, and the impeachment of President Dilma Rousseff.

Tourism officials estimate between 300,000-500,000 visitors will travel to Rio during the Olympics.

Brazil has already committed to using about 85,000 soldiers and police to guard the Olympics — about twice as many as London four years ago.

The state of Rio de Janeiro has cut about $550 million for its security budget — about 20 percent — and Beltrame has repeatedly said he would like to have more police.

Beltrame and Jungmann were not clear about if — and when — soldiers would start patrolling the city.

Beltrame said he would not focus only on the Olympics and "put aside the safety of the city."

Luiz Rocha, who heads the concession RioGaleao that runs the airport, said the company had not paid this year's installment of $270 million to operate the facility.

Rocha said he focused his assets on renovating the airport before the Olympics open Aug. 5. He said he is negotiating late payments with banks and the government.

"Efforts are being made to solve this as soon as possible," Rocha told reporters.

Stephen Wade on Twitter: http://twitter.com/StephenWadeAP . His work can be found at http://bigstory.ap.org/content/stephen-wade