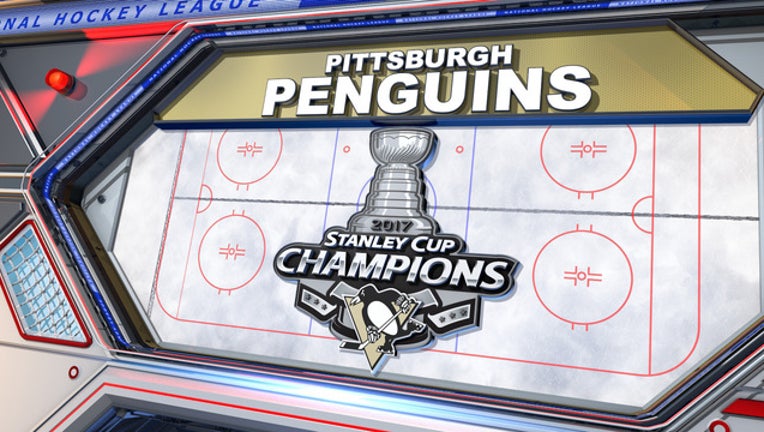 After capturing the hearts of Nashville's country music stars and tens of thousands more in and around Music City, Nashville's season ended at the hands of the Pittsburgh Penguins 2-0 in Game 6 of the Stanley Cup Final.

P.K. Subban, brought over from Montreal in last summer's blockbuster swap of All-Star defensemen, said the loss stings and will for a while. Then he made another bold promise, not all that different from his guarantee of a Game 3 win that proved true.

Not many gave Nashville a chance. The Predators were the bottom seed in the West, seemingly unlikely to advance out of the first round much less be one of the last two teams standing. But Peter Laviolette's fast-skating bunch with the lockdown defense roared past Chicago in a sweep to get things started and shrugged off the home-ice advantage of St. Louis and Anaheim on the way to the first Final in the franchise's 19-year history - much to the joy of their catfish-tossing fans.

"I'm proud of the guys and the way that they played," Laviolette said. "I'm proud of the team that we became. I'm proud of the way we responded after Game 5 in the game tonight. We hate the result, but our guys gave a pretty good effort. It's difficult for us right now because our sights were set on winning the championship like anybody would be when you get to this point and for that, it's disappointing."

Injuries to forwards Kevin Fiala and Ryan Johansen opened the door for unsung playoff heroes like Colton Sissons and Frederick Gaudreau to not only get into the lineup but make significant contributions. Sissons recorded a hat trick in the clinching Game 6 of the Anaheim series. The undrafted Gaudreau scored Nashville's game-winning goals in Games 3 and 4 of the Final.

Sissons had several chances Sunday night. In the third period, both he and Filip Forsberg had shots ring off the post.

Sissons also had an apparent goal waived off in the second period due to a whistle and was later stopped on a breakaway. Referee Kevin Pollock lost sight of the puck and whistled down play just before Sissons tipped home the loose puck in the crease. After the game, Sissons said the official basically apologized to him.

"It was a pretty quick whistle," Sissons said. "I think that's pretty obvious."

Nashville also had a 32-second, 5-on-3 opportunity in the third but could not beat Murray, who did not allow a goal in the last 146:52 of ice time over the last two games.

Including Sunday night's loss, the Predators were 9-2 at Bridgestone Arena this postseason. After selling out each regular-season home game, Nashville's fans not only packed the arena in the postseason, they attempted to blow the roof off of the building with their constant full-throated yelling beginning even before the opening faceoff. The hockey world was abuzz with talk of who would be the next country music star to sing the anthem at home games. The likes of Carrie Underwood, Kelly Clarkson and Keith Urban among others did not disappoint.

Fans who could not get tickets packed the plaza outside Bridgestone and a nearby park to watch the games on outdoor televisions. In the Final, the city blocked off portions of Broadway, where estimated crowds of 50,000 gathered to watch the games.

Around town, many jumped on the Predators' bandwagon, driving television ratings for both home and away games to numbers never previously seen in Nashville. "Go Preds" was a common greeting or goodbye.

They should have plenty to cheer for next season, too.

Approaching the shortest offseason in team history, the 2017-18 version of the Predators should look very similar to the one that made this deep playoff run.

Two members of the team's top offensive line, Johansen and Viktor Arvidsson are restricted free agents, but the team has enough cap space remaining that signing them shouldn't be a problem. That duo, along with linemate Forsberg, are all in their early 20s.

On the blue line, Nashville's top four defensemen of Subban, Roman Josi, Mattias Ekholm and Ryan Ellis are all signed for at least the next two seasons. Just 28, Subban is the elder statesman of that group. Team captain Mike Fisher is an unrestricted free agent, but he seems likely to stay in Nashville if he wants to.

"You never know when you're going to get another chance or what the future's going to hold," Fisher said. "We'll see. I'll put a lot of thought and prayer into what's next and we'll see what the Lord wants."

This story has been corrected to show Murray shutout streak was 146:52.