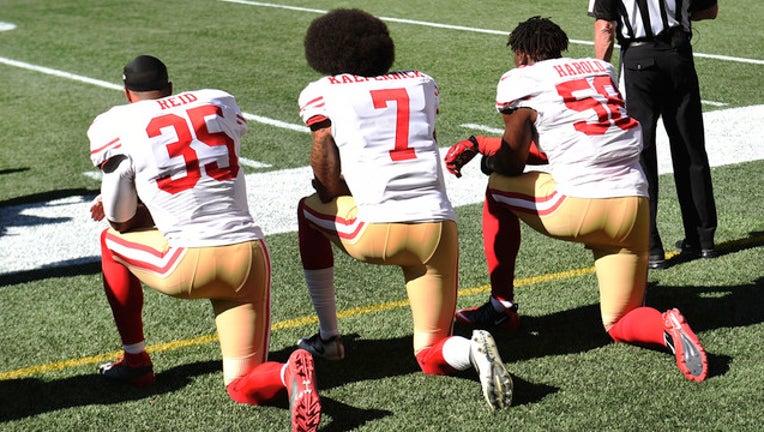 Eric Reid #35, Colin Kaepernick #7 and outside linebacker Eli Harold #58 of the San Francisco 49ers kneel on the sidelines during the national anthem before the game against the Seattle Seahawks on Sept 25, 2016 (Photo by Steve Dykes/Getty Images)

Reid, 6-1 and 215 pounds, played the first five seasons of his NFL career with the San Francisco 49ers after being selected by the team in the first round (18th overall) of the 2013 NFL Draft.

“Eric has been a starting safety in the NFL and has played at a high level throughout his career,” general manager Marty Hurney said in a written statement, released by the Panthers. “After we put (safety) Da’Norris Searcy on injured reserve, Ron (Rivera) and I discussed our options, and Eric was at the top of our list. He is a physical safety with good ball skills and play-making ability.”