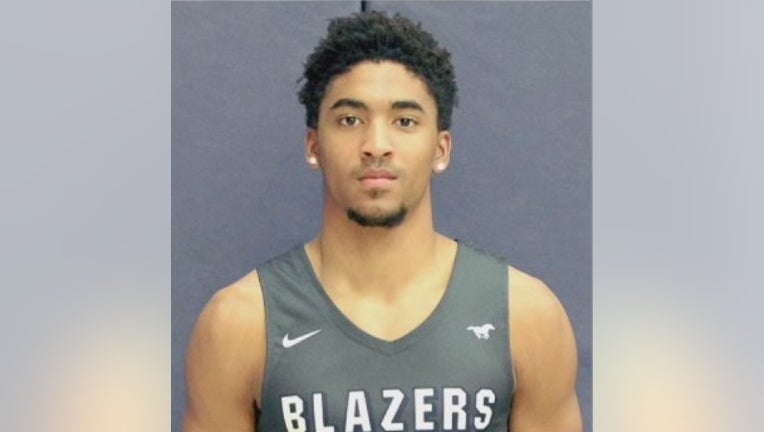 HOUSTON - Houston Rockets rookie guard KJ Martin is looking to make a name for himself in more ways than one.

Kenyon Martin Jr’s dad was the first-overall pick in the NBA Draft in 2000, played 15 years in the league and was an All-Star during the 2003-04 season.

“I go by KJ,” KJ Martin said in an interview with FOX 26 Sports. ”Everyone calls my dad Kenyon. So I go by KJ so there’s no confusion and I’m kind of my own person.”

Martin landed in Houston after the Sacramento Kings took him in the second round of the 2020 NBA Draft and then traded his rights to the Rockets for cash considerations and a future LA Lakers second-round pick obtained in a trade with Detroit.

Martin was thrilled to hear his name called during the Draft.

“It was great,” Martin said. “It was great to hear, because Houston had no picks and they bought a pick for me. So it made me feel very welcome and very wanted. I’m very excited and (Houston) is obviously a great city.”

Martin’s goal was to get to the NBA.

“It feels great,” Martin said. “I’ve been watching it all my life and playing against guys these last couple of years that play in the league. So now I actually have the opportunity, on a day-to-day basis, to play against those guys in practice. I’m very excited.”

And Martin is looking forward to following in his dad’s footsteps. His father has helped him a great deal.

“Seeing it at a young age, seeing how they work every day and now actually being in this situation, it helped a lot,” Martin said. “It’s great having him around, getting his advice from a young age to now, and asking him lots of questions and obviously being cool with other NBA guys he used to play with. So it’s been great all the way around.

“He’s letting me be me and obviously if I need help any time I can always go to him.”

The players Martin is referring to include “Chauncey Billups, Carmelo Anthony, JR Smith, Allen Iverson,” Martin said. “Those types of guys he’s played with for a good amount of years. Seeing them and just how they work, it’s helped me a lot.
“They’ve also been in my corner.”

He acknowledged playing with that last name on his jersey was not easy at first.

“Just really coming in and playing defense and using my athleticism and hitting open shots,” Martin said. “That’s what I know is gonna get me playing time and I’m gonna focus on that.