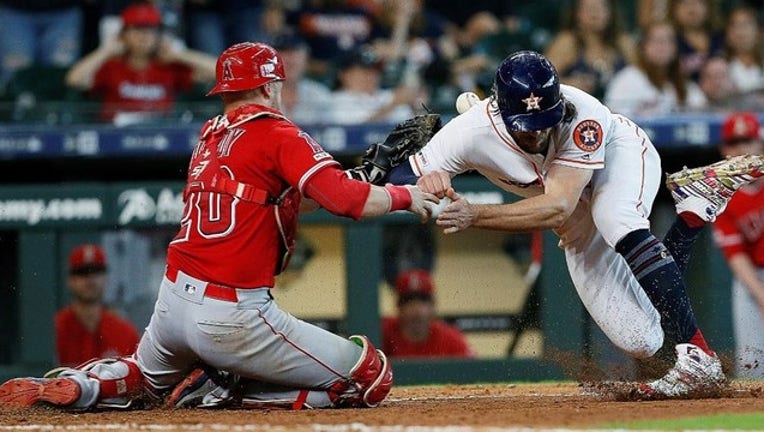 HOUSTON (FOX 26) – Astros outfielder Jake Marisnick must sit out the next two games after losing the appeal of his suspension for a home plate collision with Angels catcher Jonathan Lucroy on July 7.

While playing the Los Angeles Angels at Minute Maid Park on July 7, Marisnick collided with Lucroy on a play at the plate, causing Lucroy to leave the game with a broken nose and concussion.

“It’s a bad incident, it’s an accident, and I feel terrible,” Marisnick said at the time. “I can’t imagine what Jonathan’s going through.

“He got the bad end of it. I’m sorry to him – just for even having to go through with this,” said Marisnick. “I’m sorry to Angels fans, the Angels team as a whole.”

While home plate collisions were once routine in baseball, MLB has tried to curb such plays in recent years. The revamped rules do not allow for baserunners to “deviate from his direct pathway to the plate in order to initiate contact with the catcher (or other player covering home plate),” per the MLB rulebook.

The Astros begin a three game series in Cleveland on Tuesday, before returning home to host division rival Seattle on Friday.