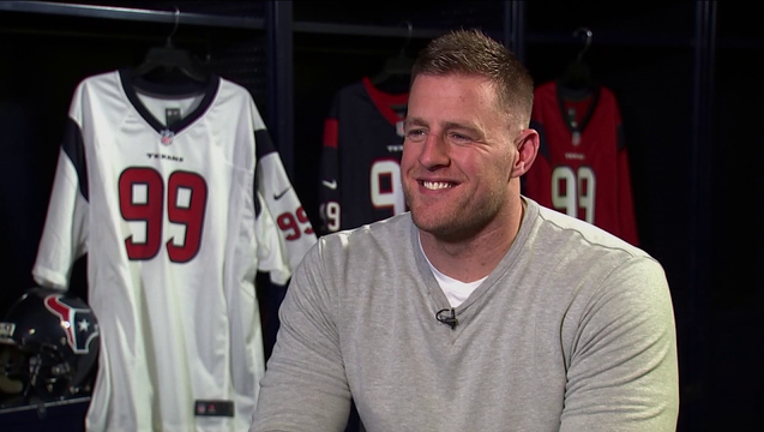 HOUSTON (FOX 26) - Despite being listed on the “Physically Unable to Perform” (PUP) list earlier in the week, Houston Texans star J.J. Watt was on the field practicing as the team opened up 2019 training camp at NRG Park.

“I had a really good offseason working with the guys, and just really happy to be out here.

I found out I was on PUP when you tweeted it,” Watt said to FOX 26 sports director Mark Berman. “I’ve been planning on practicing the first day the whole time, so I think it was just a precautionary thing.”

DeAndre Hopkins – who was also listed on the PUP list with Watt – did not practice, but isn’t expected to be out long. The Texans can remove their star wide receiver from the PUP list at any time during training camp.

Quarterback Deshaun Watson, coming off a Pro Bowl campaign in 2018, is taking an even-keeled approach to his third professional training camp.

"The expectations for us, of course, is, ‘Be great,’” Watson said after practice. “Right now we're just focusing on one day at a time, not looking into the future, focusing on today, and then – whenever tomorrow comes – we focus on that."

Watson says he feels a sense of excitement entering 2019, especially with several new faces on the offensive side of the ball.

"I'm excited about the whole deal,” the Houston signal caller said. “Just everything about being a Houston Texan.

"The locker room is better than it's been the last few years since I've been here, so we're on the right track."

Watson is working with a new QB coach this year, after veteran quarterback whisper Carl Smith was brought over from the Seattle Seahawks in the offseason.

The most glaring day one absence wasn’t a surprise – Pro Bowl pass rusher Jadeveon Clowney was not in camp after failing to come to terms with the team on a long term contract extension. He will play out 2019 under the “franchise” designation, earning just under $16 million.

“I can tell you unequivocally that we want Jadeveon Clowney here,” said head coach Bill O’Brien after practice. “He's part of this team. Want him here … the sooner, the better.”

The Texans will resume closed workouts Friday morning. Their first open practice in front of fans is set for Thursday, August 1st.