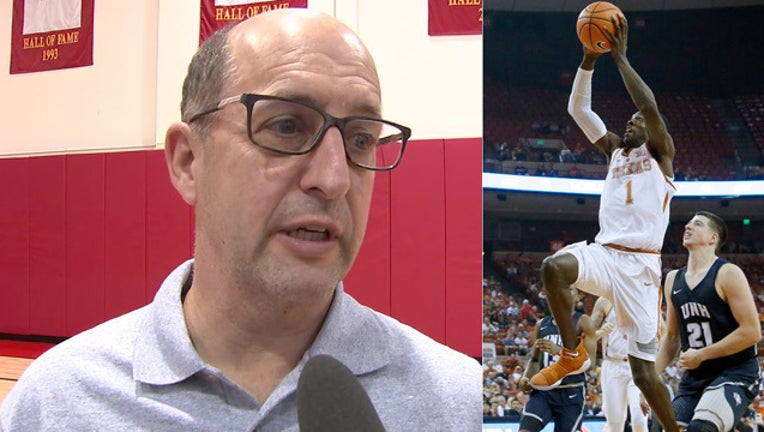 Jeff Van Gundy (left) and Andrew Jones of the Texas Longhorns leaps to the basket against Tanner Leissner #21 of the New Hampshire Wildcats at the Frank Erwin Center on November 14, 2017 in Austin, Texas. (Photo by Chris Covatta/Getty Images)

The University of Texas issued a statement from the Jones family on its men's basketball Twitter account Saturday that said in part "Andrew has made some positive strides."

And Andrew Tweeted out Tuesday "feeling better than ever."

Andrew's father said Van Gundy's visit was a special moment for his son.

"Glad he was able to take time to come talk to us and introduce himself to my son. That meant a lot to him. He was able to put a smile on his face."

When asked what it meant to see Andrew smile while talking to Van Gundy, David Jones said it was "priceless."

When reached for comment Van Gundy politely declined, and said he didn't think it was appropriate to comment on his visit with Andrew.