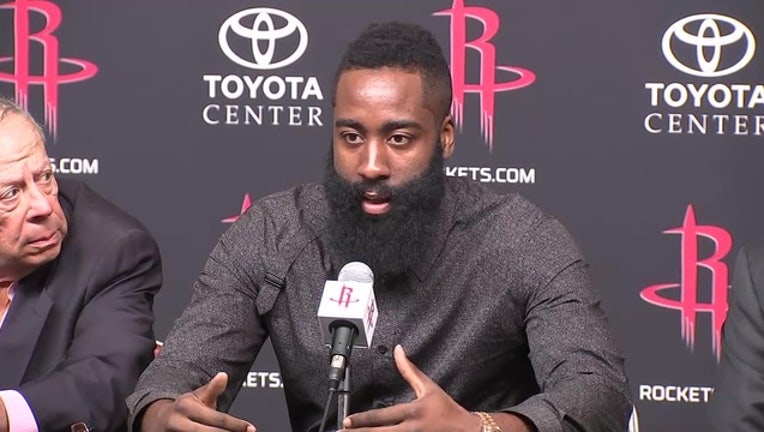 HOUSTON - For the second consecutive year Houston Rockets guard James Harden has organized a players-only minicamp scheduled for next week.

Last September Harden had the Rockets players together for a minicamp in Los Angeles.

"James is doing everything," said Corey Brewer, Rockets guard/forward. "He is showing he wants to be a leader.

"He's the franchise player. He signed the extension. So it's his team, and he's doing all the right things to do what we need to do to have a chance to win championships."

Harden's plan is to hold the minicamp in Miami. However, the potential of bad weather hitting South Florida may cause the Rockets players to work in a different city.

"I'm for sure taking part, but we got to figure out what the plans are," said Eric Gordon Jr., Rockets guard.  "There could be a hurricane coming through there.

Gordon thinks the players-only minicamp is a terrific idea.

"It's good," Gordon said. "This will be our second time being all together.

"Everybody getting acclimated with each other. I think we have a very interesting team, where we can do some things this year."

Gordon said the Rockets players had a "good group" for players-only workouts around the same time as the NBA Summer League in Las Vegas.

"It was just everybody getting together," Gordon said. "It wasn't a real structured thing.

"It was just guys working out together."

Brewer is looking forward to getting together with his teammates.

"I've got to go down there with the fellas," Brewer said. "It's a good thing. We got to get together. Get to know each other, team camaraderie. You need that, especially now days the way the NBA is. A lot of good players, but you got to be a team.

"We want to send a message that we're ready to go. We're going to work our butts off. All the guys have been working hard this summer. Last year was a year that we didn't like. Everybody has a bitter taste in their mouth. So we can't wait to get started."

According to NBA rules coaches cannot work with their players at this time of the year.