Smith went 3-13-1 in his only season as the Texans head coach.

They beat the Colts earlier on Sunday in Indianapolis 32-31 to wrap up the season.

Prior to a blowout loss to the Jacksonville Jaguars, the Texans had played better in recent weeks

They came close to beating the Dallas Cowboys and Kansas City Chiefs before shocking the Tennessee Titans in Nashville, but it was not nearly enough for Smith to save his job. 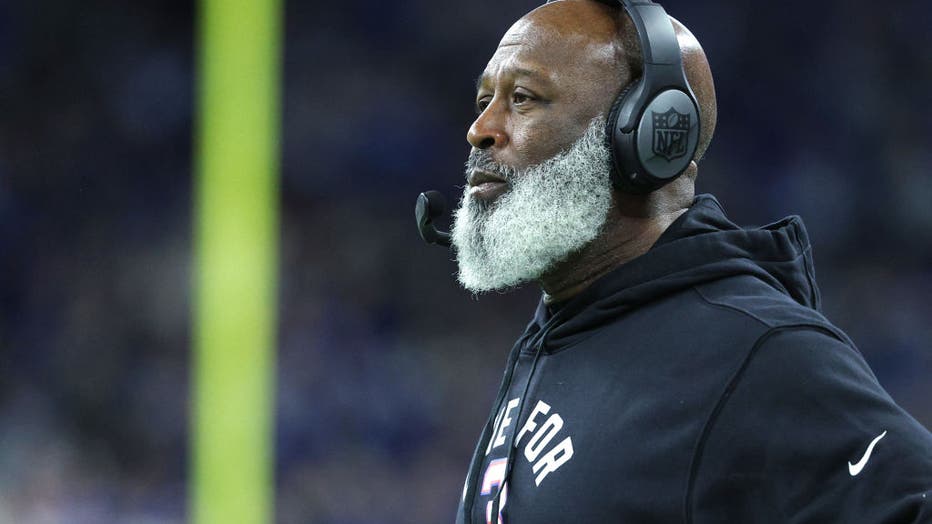 INDIANAPOLIS, INDIANA - JANUARY 08: Head Coach Lovie Smith of the Houston Texans looks on during the second half of the game against the Indianapolis Colts at Lucas Oil Stadium on January 08, 2023 in Indianapolis, Indiana. (Photo by Michael Hickey/Ge

In a statement from chairman and CEO Cal McNair, released by the team, he said he and General Manager Nick Caserio informed Smith of their decision after the team arrived in Houston from Indianapolis.

"Nick Caserio and I spoke with Lovie Smith tonight and informed him that we will be moving in a different direction as an organization," McNair said. "I appreciate Coach Smith and his entire family for their contributions over the last two seasons. We are grateful for his leadership and character, and we wish him the best moving forward. While we understand the results have not been what we had hoped for, we are committed to building a program that produces long-term, sustainable success. Our fans and city deserve a team that they can be proud of. I will work alongside Nick Caserio throughout this process and I’m confident we will find the right leader for our football team."

The Texans also released a statement from Caserio.

"On behalf of the entire organization, I would like to thank Lovie Smith for everything he has contributed to our team over the last two seasons as a coach and a leader," Caserio said. "I’m constantly evaluating our football operation and believe this is the best decision for us at this time. It is my responsibility to build a comprehensive and competitive program that can sustain success over a long period of time. We aren’t there right now, however, with the support of the McNair family and the resources available to us, I’m confident in the direction of our football program moving forward."

Smith joined the Texans organization in 2021 as associate head coach and defensive coordinator.

He was named the team’s head coach after the Texans fired David Culley following the 2021 season.