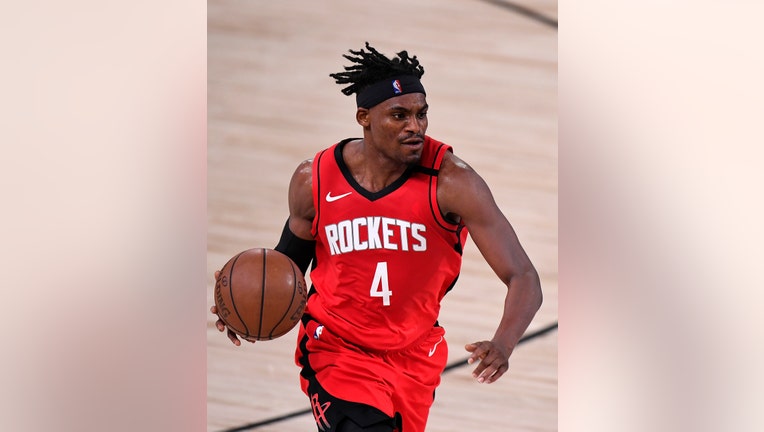 LAKE BUENA VISTA, FLORIDA - SEPTEMBER 06: Danuel House Jr. #4 of the Houston Rockets dribbles the ball during the second quarter against the Los Angeles Lakers in Game Two of the Western Conference Second Round during the 2020 NBA Playoffs at AdventH

In an announcement by the NBA, they concluded that House, Jr. violated campus health and safety protocols after he had a guest in his hotel room over multiple hours on September 8 who was not authorized to be on campus.

The NBA added that no evidence was found that other players or staff had contact with the guest or were involved in this incident.

The NBA said, “Mr. House is leaving the NBA campus and will not participate with the Rockets team in additional games this season.”