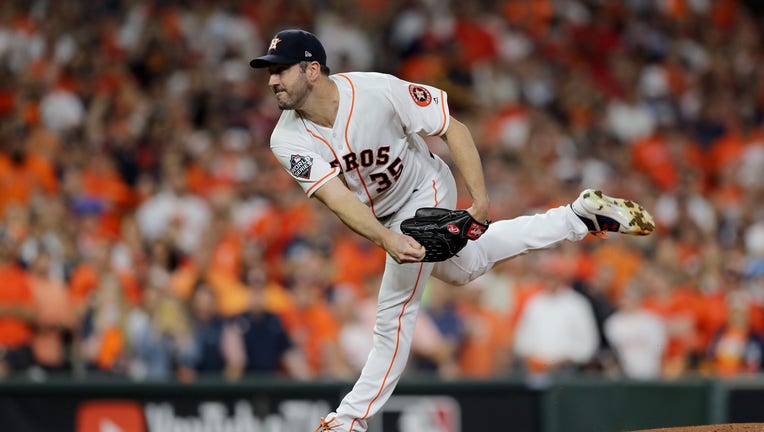 HOUSTON, TEXAS - OCTOBER 29: Justin Verlander #35 of the Houston Astros delivers the pitch against the Washington Nationals during the first inning in Game Six of the 2019 World Series at Minute Maid Park on October 29, 2019 in Houston, Texas. (Photo

The Astros are the third franchise in Major League history to have the top-two finishers in a Cy Young race, joining the Arizona Diamondbacks (Randy Johnson and runner-up Curt Schilling in 2001 and 2002) and the Los Angeles Dodgers (Mike Marshall and runner-up Andy Messersmith in 1974; Don Newcombe and runner-up Sal Magile in 1956).).

Verlander reached 300 strikeouts in a season for the first time in his career during his final start of the season on Sept. 28.

The Astros have been racking up on awards in 2019, as outfielder Yordan Alvarez was named the 2019 AL Jackie Robinson Rookie of the Year.