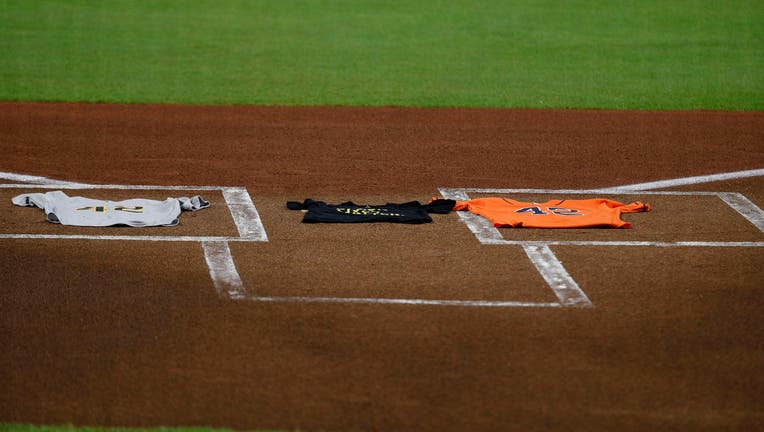 HOUSTON, TEXAS - AUGUST 28: An Oakland Athletics jersey with #42, a Black Lives Matter tee shirt and a Houston Astros jersey with #42 cover home plate as both teams walked off the field in protest of racial injustice and the shooting of Jacob Blake b

HOUSTON - The Houston Astros game against the Oakland A's has been postponed after the players from each team walked off the field on Friday night.

Both teams walked onto the field at Minute Maid Park, donning their #42 jerseys in honor of Jackie Robinson, and a Black Lives Matter shirt was placed on home plate.

Then, a moment of silence was held and both teams walked off the field.

The postponement is the latest in a series of boycots that have occurred in professional sports following the shooting of Jacob Blake in Minnesota. 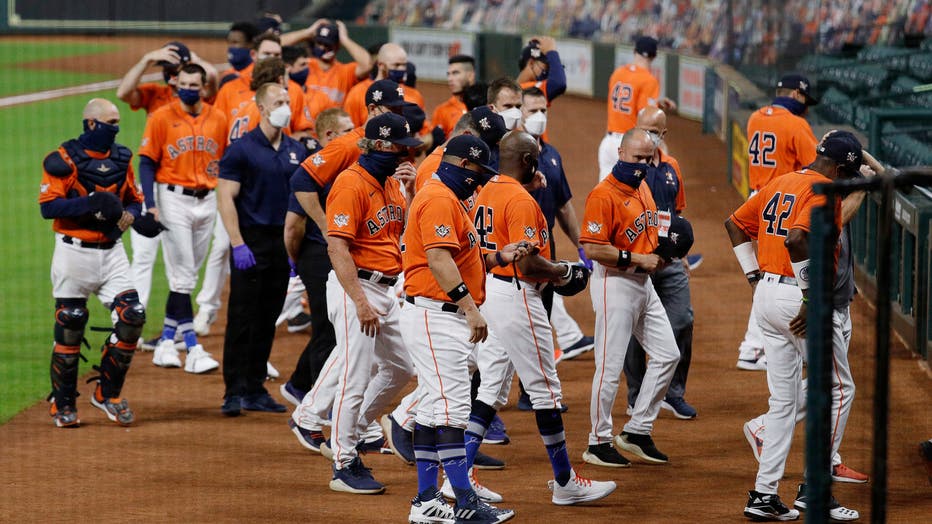 HOUSTON, TEXAS - AUGUST 28: Houston Astros walk off the field before playing the Oakland Athletics as both teams elected not to play in protest of racial injustice and the shooting of Jacob Blake by Kenosha, Wisconsin police at Minute Maid Park on Au

In a statement from the Houston Astros, “The Houston Astros players, with support from the Oakland players, have decided to postpone tonight’s game. We support their decision to make a strong statement in support of the fight for racial equality. We are proud of our players’ efforts to use their voices to drive necessary change. The Astros and A’s will proudly celebrate Jackie Robinson Day tomorrow when play is resumed.”

The statement added that both teams will play a doubleheader on Saturday with Game 1 beginning at 3:10 p.m. and Game 2 will begin 30-45 minutes after the conclusion of Game 1. Both games will be seven innings in length.