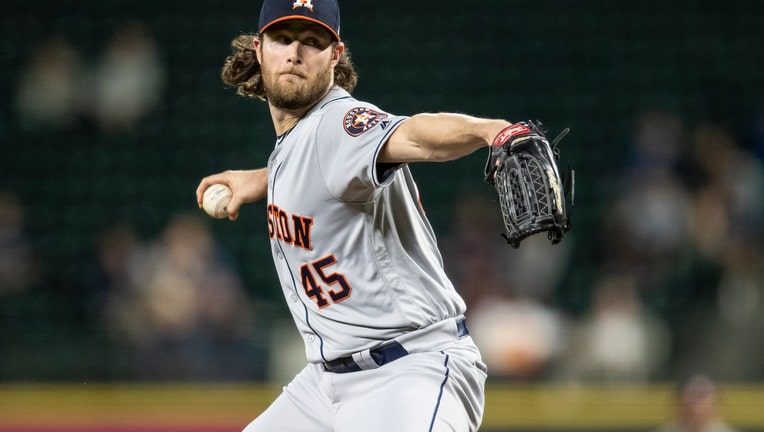 SEATTLE, WA - SEPTEMBER 24: Starter Gerrit Cole #45 of the Houston Astros delivers a pitch during the second inning of a game against the Seattle Marinersat T-Mobile Park on September 24, 2019 in Seattle, Washington. (Photo by Stephen Brashear/Getty

The Houston Astros have reported Pitcher Garrett Cole has declined their one-year $17.8 million qualifying offer for the 2020 season. Sports commentators have suspected that Cole may leave the Astros since the end of the World Series.

Nov. 14, is the deadline for free agent players to accept qualifying offers. At the end of the World Series, Cole was one of eight players on the Astros roster that filed for free agency.

If Cole signs with a free-agent contract with another Major League Baseball team, the Astros will get a compensation draft pick in 2020.

Cole is one of seven MLB players to decline qualifying offers, according to Bleacher Report.