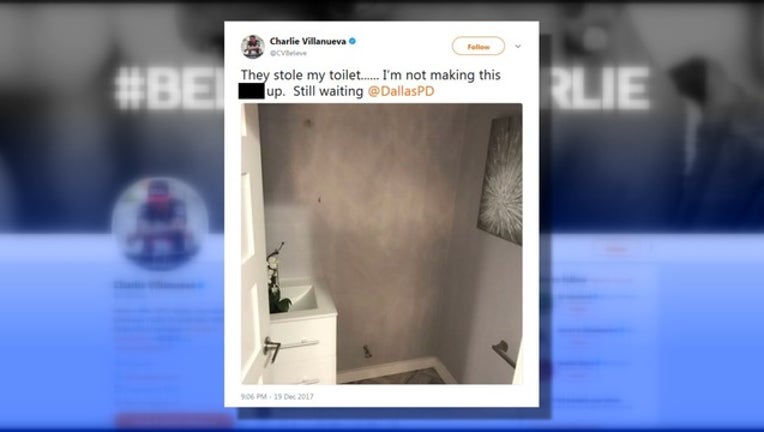 Villanueva is now on a mission to find his toilet and some stolen appliances. He tweeted a photo of the spot where the toilet once was with the hashtag #findmytoilet.

"I'm still tripping, who steals a toilet? Like why a toilet, 1 toilet @DallasPD still not at my house," he said.

Villanueva said he called the Dallas Police Department four times but never heard back from officers.