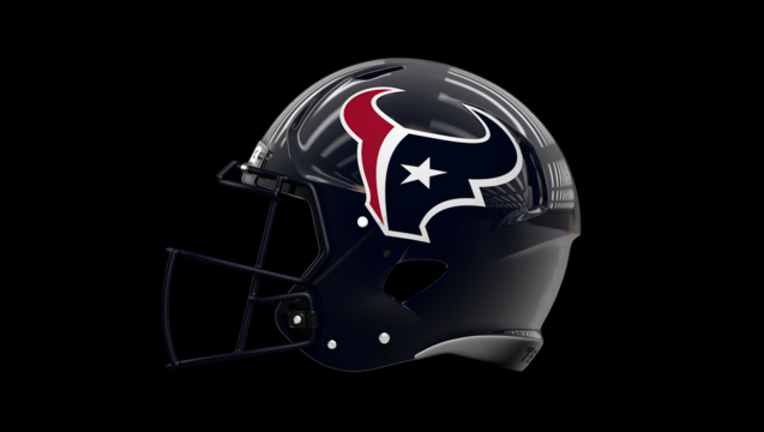 HOUSTON (AP) - Rookie D'Onta Foreman ran for 65 yards and two fourth-quarter touchdowns before being carted off the field with an ankle injury to help the Houston Texans snap a three-game skid with a 31-21 win over the Arizona Cardinals on Sunday.

The Texans (4-6) went on top when Foreman scored his first career touchdown on a 3-yard run early in the fourth quarter. The Cardinals were stopped for a loss on a fourth-and-1 later in the fourth. Foreman dashed 34 yards on the next play to push the lead to 31-21 with about six minutes left.

Foreman was injured on the play, falling to the ground in the end zone. He appeared to be in a lot of pain as he reached for his ankle. He was looked at on the field for a few minutes before he was helped to the cart and taken off the field as the crowd chanted: "Foreman, Foreman."

Blaine Gabbert threw for 257 yards and a career-high three touchdowns in his first start of the season with Drew Stanton dealing with a sprained knee and Carson Palmer out for the season with a broken arm. But Gabbert threw interceptions on consecutive drives in the fourth quarter to seal Arizona's fate.

The Texans won despite two turnovers by Tom Savage, who has lost six fumbles and thrown three interceptions in just four starts this season. He finished 22 of 32 for 230 yards and two touchdowns in his third start since Deshaun Watson was injured.

Rookie Ricky Seals-Jones, who didn't have a catch entering Sunday, finished with 54 yards receiving and two touchdowns for the Cardinals (4-6). Seals-Jones, who is from nearby Sealy, Texas, added his second touchdown on a 28-yard grab to make it 21-17 with about five minutes left in the third quarter.

Houston took a 17-14 lead when the team opened the second half with a drive capped by a 28-yard touchdown reception by DeAndre Hopkins. He grabbed a 34-yard pass on third-and-8 on the play before to keep the drive going.

The Texans took a 7-0 lead when Lamar Miller grabbed a 7-yard pass from Savage before falling out of bounds early in the second quarter. Miller, a sprinter at Miami, then started a relay baton celebration where he ran before pretending to hand off to Hopkins, who passed it on to Braxton Miller, who finished the bit by handing it off to Bruce Ellington.

Savage was sacked by rookie Budda Baker later in the second quarter and fumbled. Baker recovered the ball to give Arizona possession at the Houston 17.

Two plays later, Gabbert connected with Fitzgerald on the 20-yard touchdown pass to tie it at 7-all. Fitzgerald passed Tony Gonzalez (15,127) for fifth-most receiving yards in NFL history on that play and ended the day with 91 yards receiving to give him 15,157 yards receiving.

Patrick Peterson intercepted Savage and returned it 22 yards late in the third quarter to give Arizona great field position again. This time Gabbert found Seals-Jones on an 11-yard TD pass to put the Cardinals up 14-7.

The Texans added a 34-yard field goal late in the second quarter to cut the lead to 14-10 at halftime.

Houston CB Kevin Johnson left the game in the fourth quarter after sustaining a concussion.

Houston inducted Andre Johnson as the inaugural member of the Texans Ring of Honor on Sunday. Johnson spent 12 seasons in Houston and is the team's leader in yards receiving (13,597), receptions (1,012) and touchdown receptions (64). He was given a red jacket and feted with a halftime ceremony attended by dozens of former Texans.

Johnson said he never thought about the possibility of being honored like this when he was playing.

Cardinals: Host the Jaguars next Sunday.