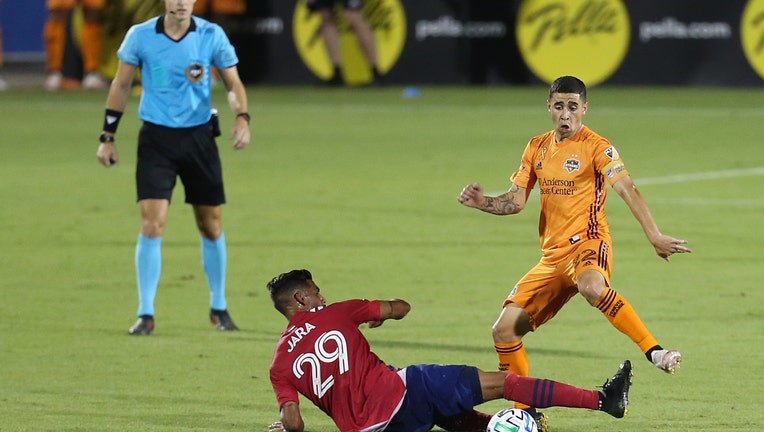 DALLAS, TX - SEPTEMBER 12: Matias Vera #22 of Houston Dynamo and Franco Jara #29 of FC Dallas fight for the ball during the MLS game between FC Dallas and Houston Dynamo at Toyota Stadium on September 12, 2020 in Dallas, Texas. (Photo by Omar Vega/Ge

Ryan Hollingshead tapped it to Michael Barrios, who lofted a one-touch pass to Jara for a half-volley finish to make it 2-1 in the 61st minute.

Ricuarte scored his first MLS goal -- in his second game -- to open the scoring in the 28th minute. Memo Rodriguez tied it for the Dynamo in the 41st, blasting a rising right-footer into the corner of the net of a set piece.

Houston (3-3-5) had its six-game unbeaten streak snapped and lost for the first time since a 2-1 loss at Portland on July 18.