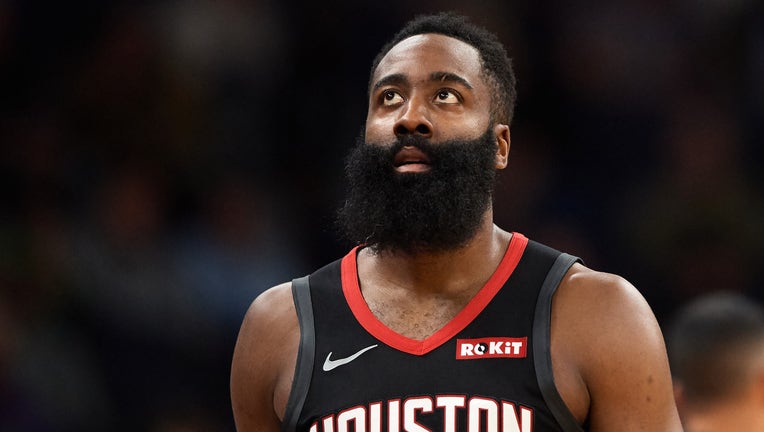 FILE PHOTO: James Harden #13 of the Houston Rockets looks on during the game against the Minnesota Timberwolves at Target Center on November 16, 2019 in Minneapolis, Minnesota. ( Photo by Hannah Foslien/Getty Images )

HOUSTON - The crew chief says James Harden's dunk in the fourth quarter that was waived off should have counted, but the team did not challenge the call in time.

In the fourth quarter of the Houston Rocket’s Tuesday night game against the San Antonio Spurs, officials erased Harden’s dunk with 7:53 remaining and Houston leading 102-89.

Officials ruled the ball didn’t clear the cylinder, but crew chief James Capers said after the game that, “in fact it did clear the net and should have been a successful field goal.”

Capers said the Rockets did not ask for a review within the 30-second window that coaches can challenge calls, during which time they were arguing and asking for clarification.

“We just stopped playing and they gained confidence,” Harden said.

The Rockets lost to the Spurs 135-133 in double overtime.