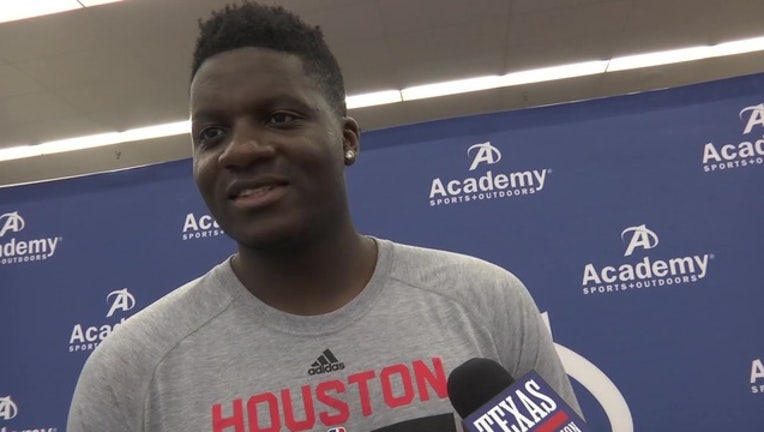 Harden had 11 assists and seven rebounds as Houston won its seventh straight and 11th of 12.

The Rockets had a double-digit lead for most of the game and held an advantage of 20 points or more throughout most of the second half. Harden didn't play in the third quarter, and Capela and the rest of the starters sat down for good with about nine minutes left and the game out of hand.

Trey Lyles scored 24 points off the bench to lead the Nuggets, who had a three-game winning streak snapped.

The Rockets had a 27-point lead to start the fourth and a 14-6 run to open the quarter made it 111-76 with about nine minutes left. Eric Gordon, Ryan Anderson and Gerald Green all made 3s in that stretch and Chris Paul scored the other five points.

Coach Mike D'Antoni took out most of his starters after that and Denver scored the next eight straight, with Torrey Craig and Lyles making four each, to cut the lead to 111-84 with seven minutes remaining.

The Nuggets had no answer for Capela, who had 16 rebounds by halftime. He grabbed his 20th to tie his previous career best with about five minutes left in the third.

Denver had a terrible night from long range, making a season-low three 3-pointers on 28 attempts.

The Rockets led by 16 early in the third quarter before using a 7-2 run to extend their advantage to 73-52 with about nine minutes left in the period. Capela led the way in that span with four points and Harden added a 3-pointer.

Nikola Jokic made a basket for the Nuggets after that before Harden scored the first five points of a 10-2 spurt that made it 83-56 with seven minutes left in the quarter. Houston still led by 27 at the end of the period, 97-70.