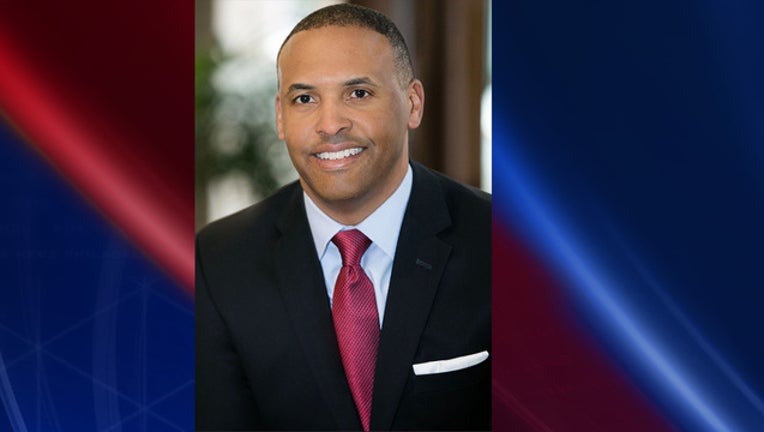 HOUSTON - The XFL, which begins play in 2020, has hired attorney Brian Michael Cooper to be the president of its Houston franchise.

It is a story FOX 26 Sports reported first on Monday.

“I’m super excited,” Cooper said in an interview with FOX 26. “I love Houston, great people, great fans. I’m really eager to get back and get in the community and show what our team is all about and be a great community partner. We’re going to demonstrate how much we care with our words and actions.

“We are reimagining football. I think part of that is having a fan-friendly, family-friendly, affordable option for people who can have access to a great product.

“Connecting with the fans, that’s very important to us, and hopefully that’s where we’re going to get our traction.”

Cooper comes to the XFL after serving as a partner since 2017 with the Houston law firm Lewis Brisbois Bisgaard & Smith.

Cooper has more than 20 years of experience as a sports attorney, agent, executive and advisor.

He was the first president of the Rio Grande Valley Vipers franchise, the G League affiliate with the Houston Rockets, from 2008-2010.

He was also the senior associate athletic director at Rice from 2010-2013.

“In the G League, with the Vipers and at Rice as well, those are both great organizations that innovate because they had to out of necessity where they were,” Cooper said. “That’s what I learned from both organizations, how to build things and how to really make the best use of their resources, which both have done a great job of doing.”

Jones will return to Houston from the Hamilton Tiger-Cats in the Canadian Football League, where he was serving as the associate head coach and offensive coordinator after being the team’s head coach for two years.

Jones has also been the head coach of the Atlanta Falcons, San Diego Chargers (interim), Hawaii and SMU.

The XFL will announce the hiring of June Jones soon.

The XFL released this statement on Tuesday:

The Houston XFL team will take the field in February 2020 for its inaugural season and play its home games at TDECU Stadium.

Cooper, who most recently served as a partner in the Houston and Denver offices of Lewis Brisbois Bisgaard & Smith LLP and as a member of the firm’s Entertainment, Media and Sports Practice, will be responsible for the team's fan engagement and business operations, including ticket sales, corporate partnerships, marketing, content, communications, community relations, and the game day experience.

"Vince McMahon, Oliver Luck and I are all proud to announce Brian as President of our team in Houston," said Jeffrey Pollack, XFL President and Chief Operating Officer. "He is a seasoned sports business leader who knows and loves Houston and will help us connect authentically.”

"It’s an honor to help launch the XFL’s team in Houston,” said Cooper. “One measure of our success will be how well we engage the community. Another measure will be how effectively we tap into Houston’s passion for football. In both instances, I look forward to planting firm roots for the XFL by building a passionate, loyal fanbase for our Houston team.”

Cooper has more than 20 years of experience as a sports attorney, agent, executive and advisor, guiding clients through all aspects of sports business transactions, and is a four-time Super Lawyers Texas Rising Star. Before returning to his law practice in 2017 at Lewis Brisbois Bisgaard & Smith, he served as Director of Sports Programming for DISH Network. Cooper served as Senior Associate Athletic Director at Rice University from 2010-2013, and as President of the Rio Grande Valley Vipers from 2008-2010. The Vipers are the NBA G-League affiliate of the Houston Rockets.

Before joining the Vipers, Cooper spent six years as an attorney at Haynes Boone LLP in Houston from 2002-2008, where he worked on matters for the Harris County Sports and Convention Corporation. For his work in Houston sports, he received the Outstanding Service Award from the Houston Bar Association’s Entertainment and Sports Law Section in 2009 and 2012, along with the HBA ESL Chairman’s Award in 2014.  Cooper began his legal career at Proskauer LLP in New York, where his clients included the NBA, NHL, ATP, and MLS.

A graduate of Cornell University, the Harvard Kennedy School, and Columbia Law School, Cooper has served on the boards of Texas Accountants and Lawyers for the Arts and Interfaith Ministries of Greater Houston.  An avid runner, he also has completed five New York City Marathons and two Houston Aramco Half Marathons.

Cooper lives in The Woodlands, Texas with his wife Jacqueline and their daughter Kendall.