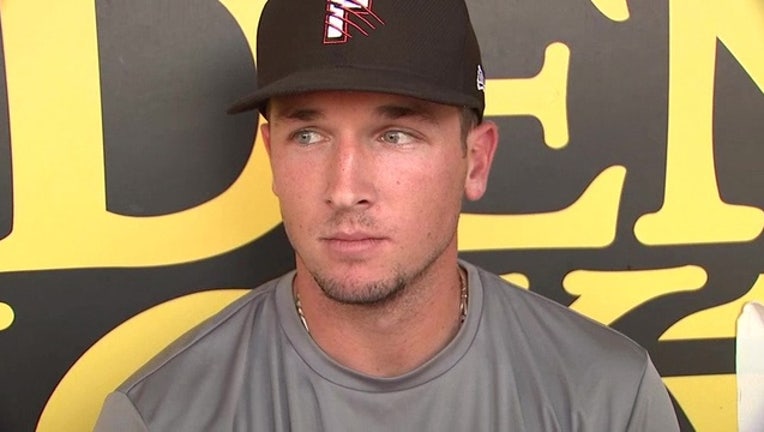 CLEVELAND (AP) - Rookie Alex Bregman continued his hot hitting with a two-run homer in the third inning and the Houston Astros ended the Cleveland Indians' six-game winning streak with a 6-2 victory Monday night.

Bregman has hit all seven of his homers and driven in 22 runs over his last 19 games for the Astros, who remain two games out of the second wild-card spot in the AL.

Mike Fiers (10-6) allowed two runs in five innings and defeated the Indians for the second time this season.

The Indians took struggling right-hander Josh Tomlin out of the rotation last week, forcing them to go with eight pitchers Monday in what amounted to a bullpen game for the AL Central leaders.

Mike Napoli hit a solo homer — his 30th of the season — in the fifth for the Indians, whose lead over Detroit in the division was cut to 4 1/2 games.

Bregman drew a one-out walk in the first and scored when Altuve doubled. Bregman's home run came off Jeff Manship, who relieved Clevinger in the second.

Clevinger made his sixth start of the season, but first since Aug. 13 after five relief appearances.

Tuesday's scheduled matchup between the last two AL Cy Young Award winners won't happen. Dallas Keuchel, last season's winner, has returned to Houston to have his left shoulder examined. He won't face right-hander Corey Kluber, who won the award in 2014. The Astros have no timetable for how long Keuchel will be sidelined.

Astros: C Jason Castro (bruised knee) was unavailable for the second straight game after being struck by a foul tip Saturday at Texas. Evan Gattis started behind the plate.

Astros: RHP Brad Peacock will be recalled from Triple-A Fresno to start Tuesday. He has made five relief appearances for Houston this year, posting a 3.86 ERA over seven innings.