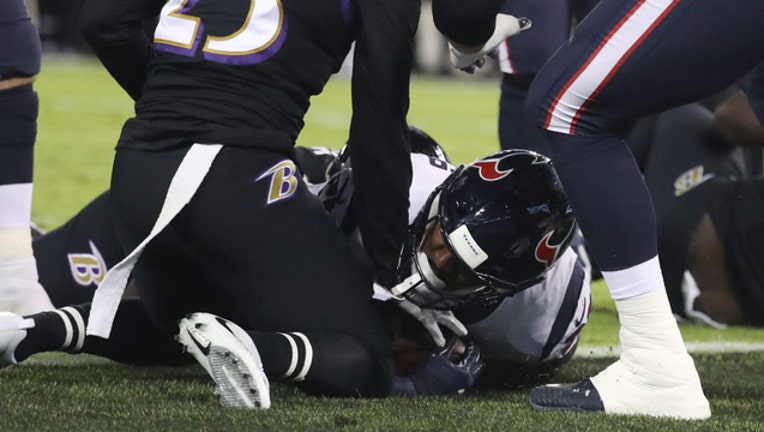 Running Back Lamar Miller #26 of the Houston Texans scores a touchdown in the first quarter against the Baltimore Ravens at M&T Bank Stadium on November 27, 2017 in Baltimore, Maryland. (Photo by Rob Carr/Getty Images)

BALTIMORE (AP) - The Houston Texans have put receiver Will Fuller and offensive tackle Julien Davenport on the inactive list for Monday night's game against the Baltimore Ravens.

Ravens left tackle Ronnie Stanley and receiver Breshad Perriman were poised to return after being inactive last week against Green Bay. Stanley was sidelined with a concussion and Perriman was a healthy scratch.

West was listed as questionable on Saturday's injury report with a calf injury, but was likely shelved because Baltimore's depth chart lists Alex Collins, Danny Woodhead and Javorius Allen at running back.