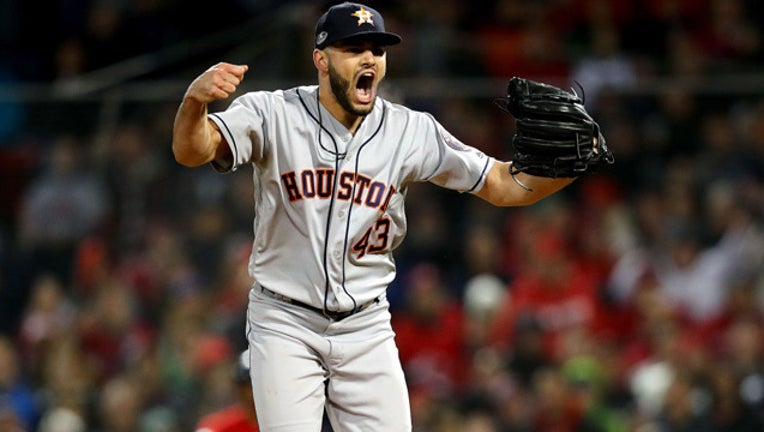 Houston Astros pitcher Lance McCullers Jr. celebrates after retiring the side in the 8th inning against the Boston Red Sox in American League Championship Series at Fenway Park on Oct. 13, 2018 in Boston, Mass. (Photo by Tim Bradbury/Getty Images)

McCullers returned for the final week of the regular season and had three scoreless relief appearances, then had a 1.80 ERA in five relief outings during the playoffs.