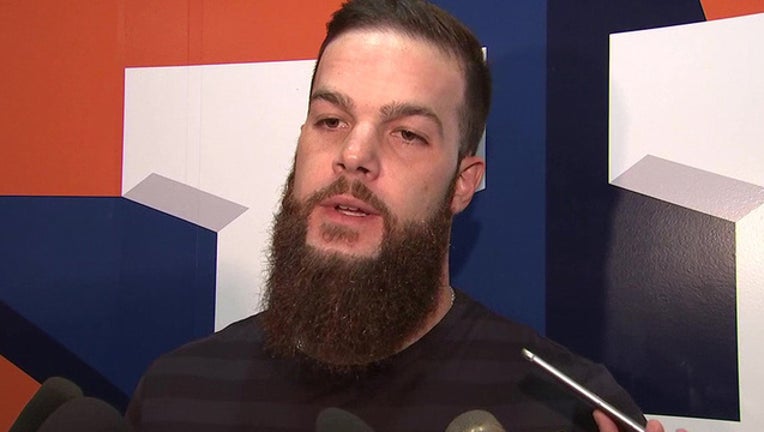 CLEVELAND (AP) - Astros pitcher Dallas Keuchel has been shut down for now because of inflammation in his left shoulder and sent back to Houston for an examination.

Manager A.J. Hinch said Monday that Keuchel wouldn't pitch as planned on Tuesday night in Cleveland and won't be available when the Astros return home to play the Chicago Cubs this weekend.

Hinch doesn't know how long the reigning AL Cy Young Award winner will be out, and said his absence is a major setback for the wild-card contenders.

"It's a big blow, no doubt," Hinch said. "It's an uncomfortable feeling knowing he's not going to be pitching for us for a while."

Keuchel last pitched Aug. 27 against Tampa Bay when he allowed two runs in seven innings. He had his next start pushed back because he felt fatigue in his shoulder and played catch Sunday.

Brad Peacock will be recalled from Triple-A Fresno and pitch in place of Keuchel against the Indians.