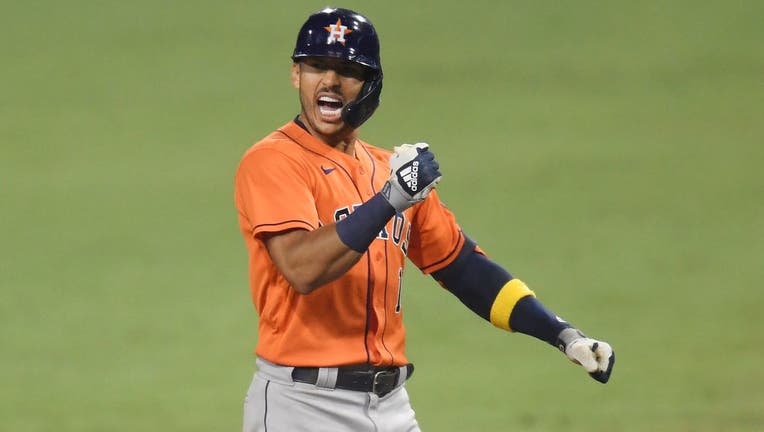 SAN DIEGO, CALIFORNIA - OCTOBER 17: Carlos Correa #1 of the Houston Astros celebrates a two run single against the Tampa Bay Rays during the eighth inning in Game Seven of the American League Championship Series at PETCO Park on October 17, 2020 in S

That offer averages $32 million a year. It represents the largest contract the Astros have offered a player since Jim Crane took over as owner.

RELATED: Dusty Baker gets contract from Houston Astros for 2022

Correa has been with the Astros for seven years. He’s a two-time All-Star who has helped lead the Astros to five consecutive ALCS, three World Series during that stretch, winning it all in 2017.

Correa was named American League Rookie of the Year in 2015.