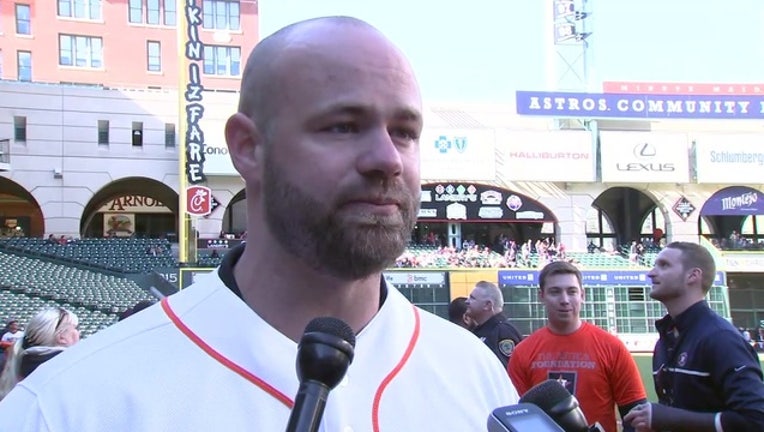 HOUSTON (AP) - Evan Gattis hit an RBI single to cap a three-run rally in the eighth inning keyed by a wild pitch on a strikeout, leading the Houston Astros over the Oakland Athletics 4-3 Wednesday.

The comeback allowed the Astros to keep pace in the AL wild-card race. They began the day two games behind Baltimore for the second slot.

A's starter Ross Detwiler gave up three hits and left after the seventh with a 3-1 lead.

Reliever Liam Hendriks (0-3) got two quick outs in the eighth before George Springer tripled. Alex Bregman then struck out, but reached when the pitch got away, allowing Springer to score.

Jose Altuve tripled home the tying run and Gattis singled for the lead.

Michael Feliz (8-1) pitched a scoreless eighth. Ken Giles closed for his seventh save.