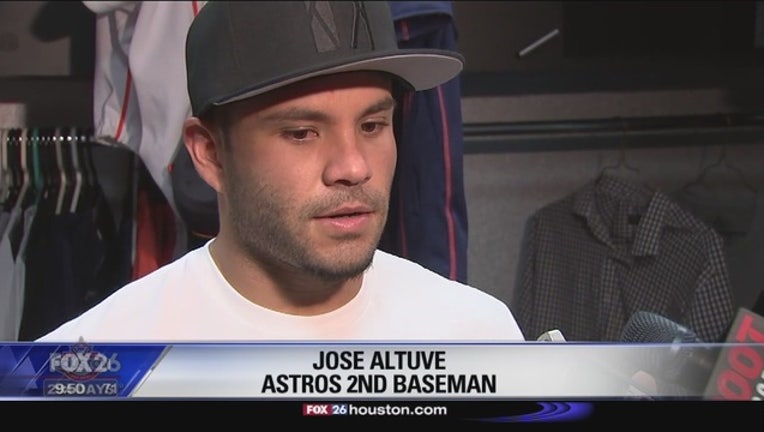 HOUSTON (FOX 26) - Astros star Jose Altuve has been named the Co-Player of the Week in the American League.

Altuve was sharing the honors this week with the Orioles' Mark Trumbo. In seven games, Altuve hit .407 with three home runs, seven RBI, two stolen bases, and a 1.336 OPS.

This is the second straight week a Houston Astro has been honored with the Player of the Week award to start the season. Tyler White was last week's recipient of the award.