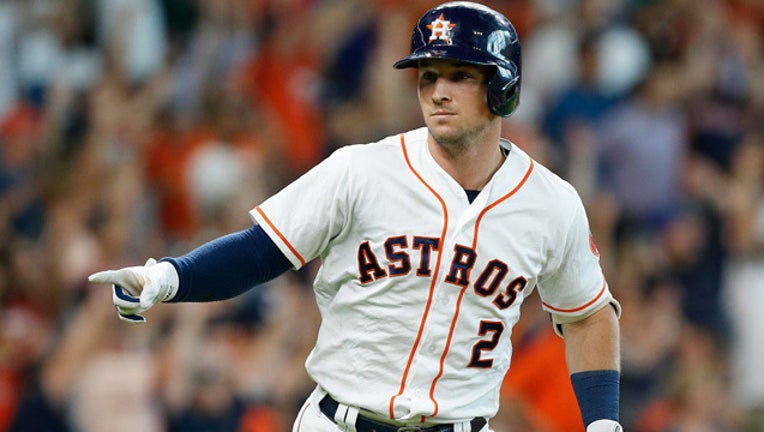 Alex Bregman #2 of the Houston Astros gestures to the dugout after hitting a walk-off, two-run home run in the ninth inning to give the team a 7-6 win over the Toronto Blue Jays at Minute Maid Park on June 27, 2018. (Photo by Bob Levey/Getty Images)

Forbes calls Boras “the United States’ most powerful agent and is revered as one of the world’s top negotiators.”

Now Bregman, who has become one of the top players in baseball, is one of Boras’ clients.

“We’re just real excited about working for Alex,” Boras said in an interview with FOX 26 Sports. “He’s obviously a brilliant player. I think he’s stepping into the leadership role in his career. You’re talking about one of the elite hitters in the game.

Bregman certainly agrees with all of that. 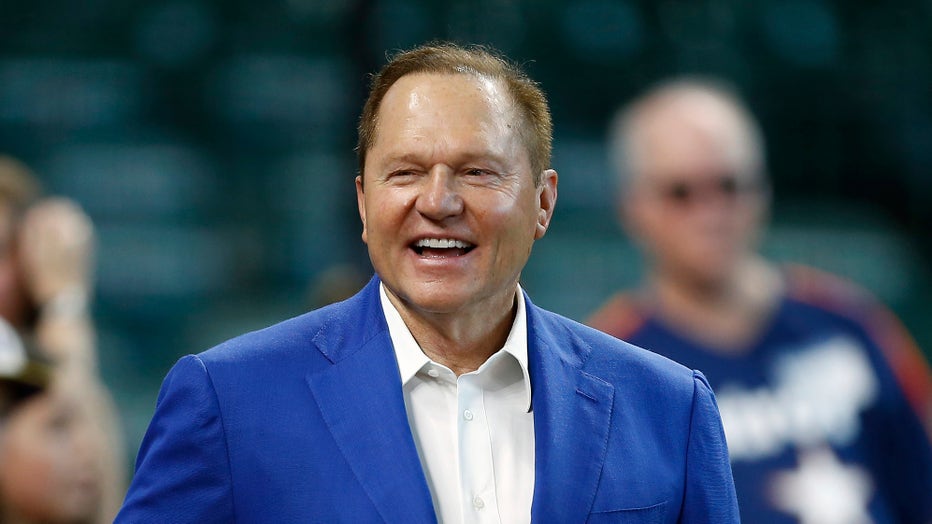 Bregman wrote in a text message to FOX 26 Sports. “He loves the game just like I do and he’s all baseball all the time.”

Boras said representing baseball players like Alex Bregman is what his company is all about.

“The motivation here for us is that we’re in the business of representing the game’s greatest players,” Boras said. “As I said we only do baseball. It’s our life. It’s been my life. I think Alex really saw that in his review of our company prior to retaining us.”

Last year Bregman signed an extension that ties him to the Astros through the 2024 season.

“That’s something we didn’t do and it’s not really a focus right now, because obviously he has a commitment to the team for another four years beyond this year,” Boras said. “So our job really is to focus on durability, optimal performance, learning the characteristics of what makes Alex repeatedly good and what areas he and the people that work with him think that he can improve upon as he gets on in years and becomes a veteran player."

“We’re different than a lot of the agencies and a lot of players don’t know that initially. We have a sports fitness institute with about 10 of our own trainers that work with the team, monitoring nutrition with Alex, conditioning. We have psychologists on our staff.  We have the ability to give generations of information about greatness. We have been blessed with representing great players over the years in baseball. We get to pass a lot of that information on to Alex as he really starts to step into the real core of the next 10-15 years of his career.”

Boras represents Jose Altuve, Lance McCullers Jr., and Dallas Keuchel when he was with the Astros.

He says he and owner Jim Crane communicate well with each other.

“It’s been certainly a relationship that I think has worked well for everyone because all of the players we’ve had there, Dallas Keuchel, Lance McCullers Jr., and certainly with Jose Altuve,” Boras said. “They’ve been All-Stars. They’ve had brilliant performances. We’ve been able to work things out for them as the players saw fit. Jim and I talk a good bit. I think the dynamic that we understand a lot about what the Astros’ goals are going forward and we certainly see Alex being a central figure in that growth of the organization.”

Boras pointed out early on in this interview that baseball is the only game he has an interest in being involved with.

He has had plenty of opportunities to expand into other sports and continues to say no.

“We get calls all the time and I don’t do it and I don’t it because the fact is I want to focus 24-7 on what the players I represent do,” Boras said. "A lot of people think that representation is about money and that’s probably about 30 percent of the job. 70 percent of it is really having long discussions and studies about how to make players optimal and aid them in any way we can to help them reach their goals in the game."

“I’ve had (calls from) football, basketball, boxers, hockey, it happens all the time. We just really remain only in the baseball business. Certainly, you could make a lot more money. It’s not a great business decision to probably do that. You could really open up your shop to a lot of sports.

“Baseball’s given me everything I have in my life and my commitment is to the game and the players who play it. I want to do what I can for the game, on and off the field, and certainly, I feel that’s really about representing baseball players alone. They know when they call our office we have 140 employees that are just committed to solely the game of baseball and what they do.”

And while Boras and his company focus on baseball players, they do not say yes to every player who comes calling looking for representation.

“We’re very selective,” Boras said. “We obviously look for players that have very unique skills and also have the will and the passion and the character to really survive this business and always want to get better. I think it’s funny that those players know who we are and I think they know what we look for and they know what they look for."

“We had the most players of any agency in the (2019) All-Star Game. In the economics of the game, we’ve done over literally $2.5 billion in contracts in the last three or so years," Boras said."I think the next closest agency maybe $400 million. It’s something that says a lot about the people we represent and the players we represent and what kind of talents they are and really how hard they’ve worked to achieve the status they’ve achieved. It’s a very selective group."

“In the last five years, I think we’ve had over 40 All-Stars in the All-Star Game, which is well above any other representation group.”

As for Major League Baseball navigating around the COVID-19 pandemic and being able to play in 2020, Boras looks to how things have developed with the game of baseball being played right now in Asia.

“We’ve had baseball operating now for the last 90 days in Asia and it’s been a great model,” Boras said. “We’ve had no players hospitalized. They’ve been able to conduct the protocols, and we have really more stringent protocols. So having a model that this has worked in that environment is really a great sign and we’re optimistic about executing it in Major League Baseball."

“So it’s been something that’s already been achieved. So I’m very, very hopeful, particularly with greater precautions that we’re taking, that we can get the league out and doing it without fans and isolating the players. I think, at least from the Asian perspective, it’s been proven to be..a certainty to it where it’s operated now for 90 days without incident.”