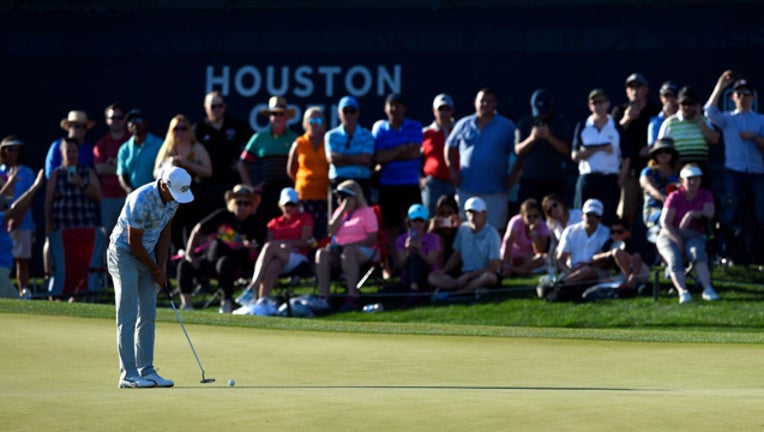 HUMBLE, TX - MARCH 30: Rickie Fowler putts on the 18th green during the second round of the Houston Open at the Golf Club of Houston on March 30, 2018 in Humble, Texas. (Photo by Josh Hedges/Getty Images)

HOUSTON (FOX 26) - The PGA TOUR, the Astros Foundation and its board of directors, led by Houston Astros owner and chairman Jim Crane, announced a five-year partnership for the Houston Open beginning with the 2019 event. The Astros Foundation will operate the event and serve as the host organization.

The commitment to the Houston Open from the Astros Foundation, with the support of a consortium of local sponsors, is in place through 2023. The 2019 tournament will be conducted at the Golf Club of Houston during the fall portion of the PGA Tour 2019-20 FedExCup season with a $7.5 million purse and 500 FedExCup points awarded to the winner.

“Our team is committed to the continued growth of the Houston Open and making a positive impact in the city of Houston,” said Astros owner and chairman Jim Crane. “The Astros Foundation has always committed to giving back to our community. The funds raised through this tournament will allow us to continue our commitment to serving the people within our county and city and help improve our parks.”

“The PGA TOUR has a rich history in Houston dating back to 1946, and we’re thrilled to share this great news today regarding the Houston Open,” said PGA TOUR commissioner Jay Monahan. “The event has always made a significant charitable impact by virtue of tremendous partners and outstanding community support, and thanks to the Astros Foundation and Jim Crane, these works including support of The First Tee of Greater Houston will continue.”

Ian Poulter won the 2018 Houston Open at the Golf Club of Houston, the tournament’s home since 2003.