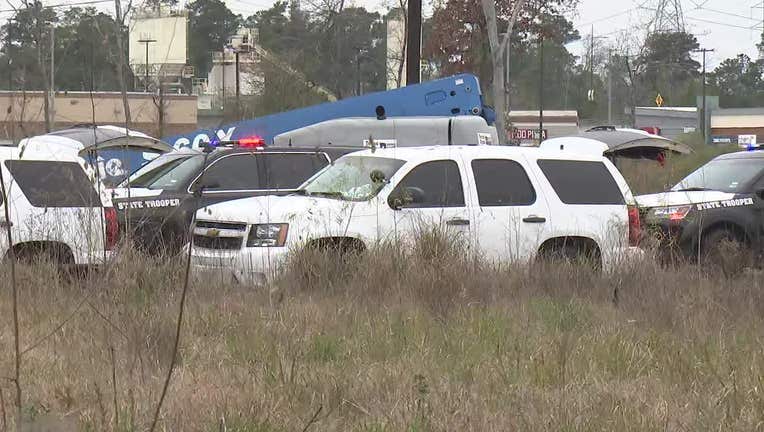 SWAT is at an apartment complex on Spring Plaza Drive. (FOX 26 Houston)

SPRING, Texas - Harris County Sheriff’s Office SWAT are at a Spring apartment complex where a possible suspect in the shooting of a wrecker driver may be barricaded.

Deputies are in the 21600 block of Spring Plaza. The public is asked to avoid the area.

On Wednesday morning, authorities responded to what initially was believed to be a crash and found a wrecker driver crashed in a ditch with a gunshot wound to the chest.

He was taken to the hospital and was last said to be in guarded condition.

Sheriff Ed Gonzalez says the driver did have a vehicle hooked to the wrecker at the time of the shooting.