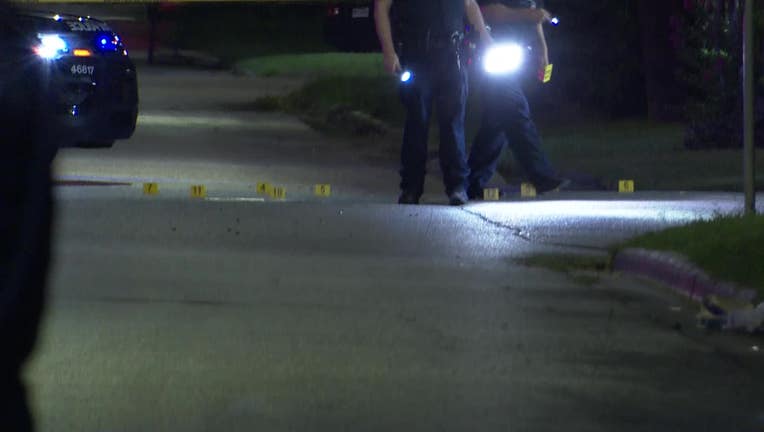 The Houston Police Department investigates a shooting on Jensen.

HOUSTON - Houston police are investigating after a woman was shot in the face early Wednesday morning.

The shooting was reported around 2 a.m. near the intersection of Jensen and Sumpter.

Authorities arrived at the scene and found a woman who had been shot at least once.

She was taken to the hospital. Her condition is not known at this time.

It’s not clear what led up to the shooting, but police say several vehicles in the area were struck by gunfire. More than a dozen shell casings were recovered.

Police say witnesses saw a small silver SUV in the area at the time of the shooting. There is no description of a suspect at this time.

Anyone with information is asked to call police or Crime Stoppers.