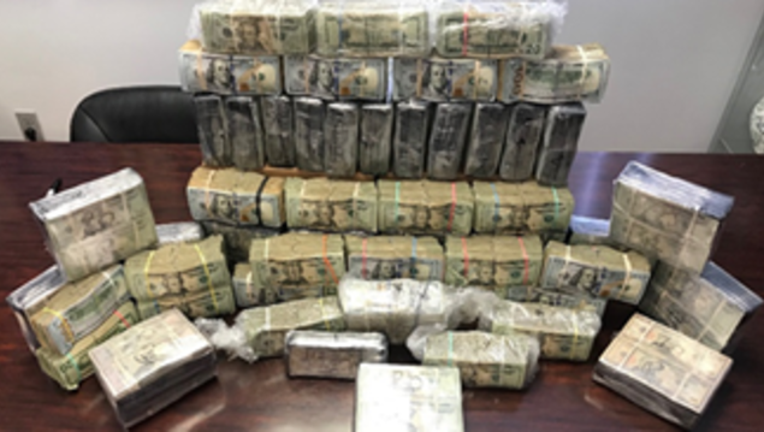 HOUSTON (FOX 26) - A Texas Department of Public Safety Trooper seized approximately $785,511.00 on I-69 during a traffic stop near Wharton on Monday.

At approximately 2:55 p.m., a southbound pickup truck was stopped for a traffic violation. During the stop, the Trooper observed indicators of criminal activity.

A Fort Bend County Sheriff’s Office K9 Unit alerted on the vehicle and a search revealed, in the rear passenger area, five brown cardboard boxes containing US currency wrapped in plastic. The driver was arrested for money laundering, a first degree felony offense.

The driver was identified as Homero Garza, 62, of McAllen. Garza was transported to the Wharton County Jail.

DPS Special Agents with the Criminal Investigations Division responded to the scene to further assist with this ongoing investigation.