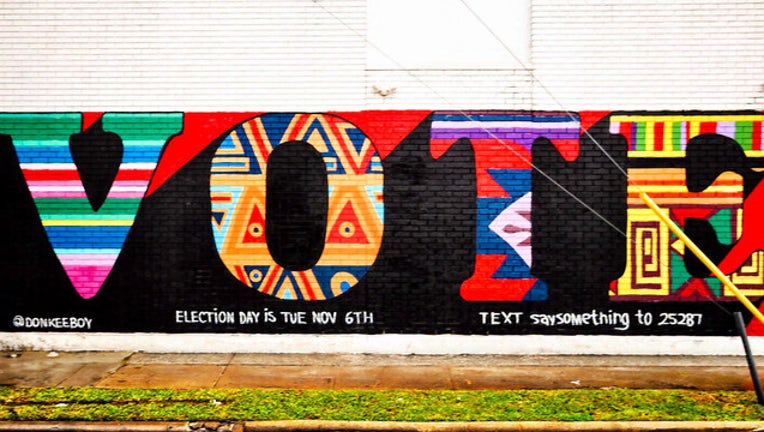 Artist Donkeeboy unviels "VOTE" mural comissed by the Harris County Democratic Party as part of the Say Something program.

HOUSTON (FOX 26) - A new mural unveiled in Midtown is encouraging people to "VOTE" in the upcoming election on November 6.

“This is my first time to vote, and I was inspired by people like myself who at times may feel like their vote doesn’t count,” Donkeeboy said. “No matter who you are or what side you might be on, your voice does matter, and I’m just saying simply that you should vote.”

The mural was commissioned by the Harris County Democratic Party as part of its "Say Something" program, which encourages young people to vote.