SPOTSYLVANIA, Va. - Detectives in Virginia surprised a veteran Marine who served in Vietnam, replacing service medals stolen from him in a burglary.

The detectives are members of the Spotsylvania Sheriff’s Office and made arrests in the incident, but were unable to recover the medals that belonged to retired Marine Corps Lt Col. Thomas Faleskie. 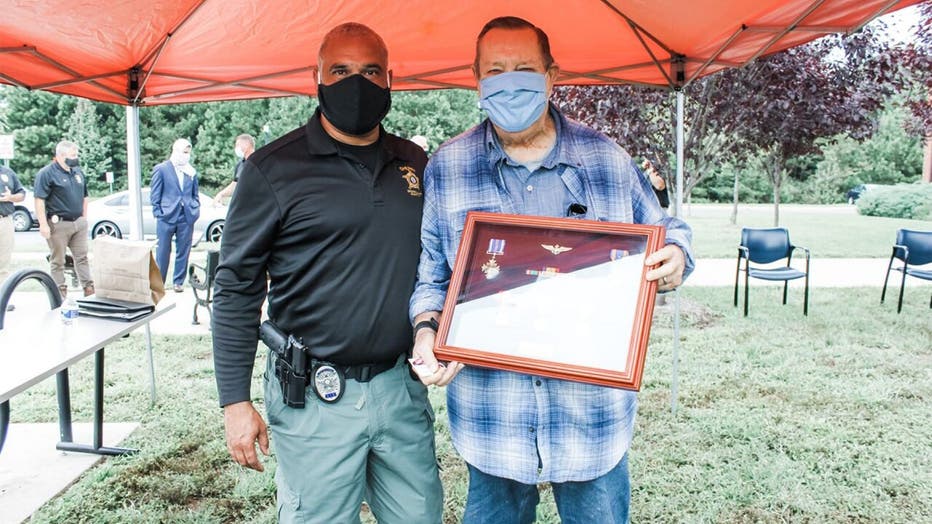 “I’m absolutely floored. I am still in a state of shock,” Faleskie said at a ceremony Friday where he was presented with the medals, WTVR-TV reported. “I never expected this. I still can’t believe it’s happened.”

Faleskie, who turns 84 in few days, served in the United States Marine Corps from 1958 to 1982, including almost two years in Vietnam as a helicopter pilot flying the UH-34B, the station reported.

The lead detective on the burglary case was Frank Corona, a retired Marine.

“If there was one thing that I wish I could have gotten back that would have been it,” Corona said. 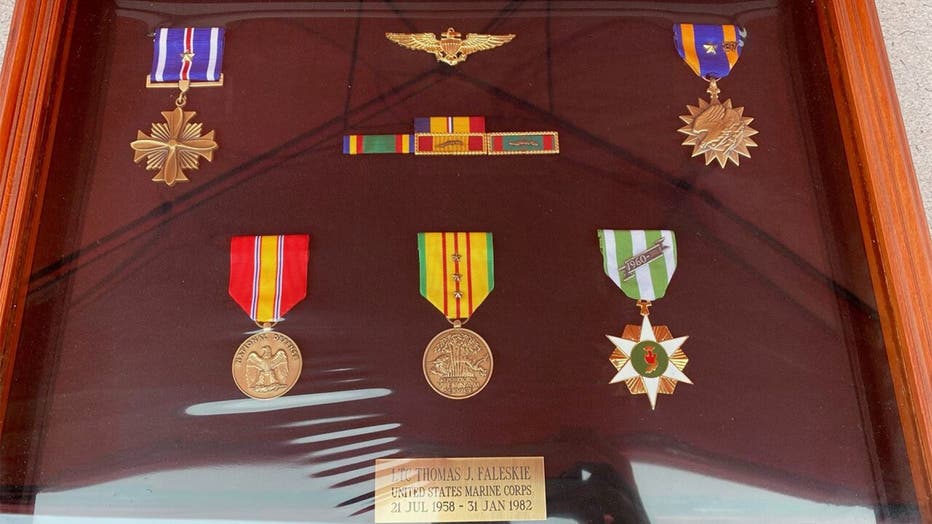 Photo shows medals awarded to Thomas Faleskie during a career in the Marines from 1958 to 1982, He served two years in Vietnam flying helicopters. (Spotsylvania Sheriff's Office)

One of the replaced medals was a Distinguished Flying Cross.

The medal citation said Faleskie was one of 16 helicopters pilots assigned to move an entire battalion in the Quang Nam Province in 1968, the Fredericksburg Free Lance-Star reported.

Snipers fired at him as he waited for Marines to safely get on board, then he headed to the drop-off zone where others waited to launch the assault, according to the paper. The battle grounded 12 choppers.

The citation says that’s when Faleskie “assumed command and skillfully directed and controlled subsequent flights into the dangerous pickup and assault landing zones. His superb leadership and resolute determination inspired all who observed him.”

“It was a rough morning, but we got it done,” Faleski told the paper.