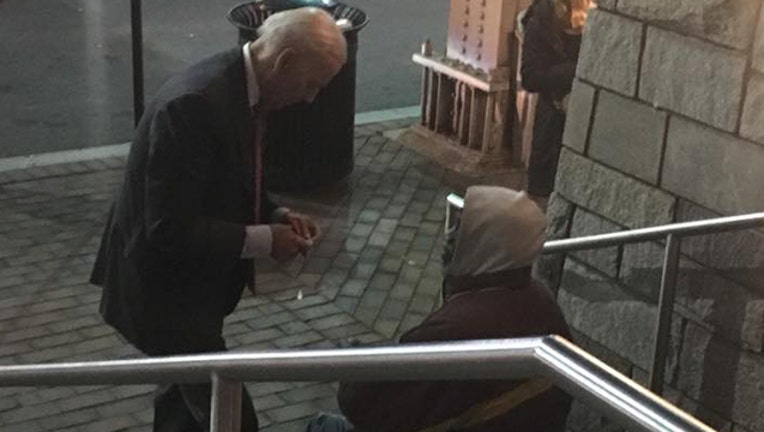 The photo was taken Thursday evening outside the Georgetown AMC movie theater by Caleb Baca.

Biden was reportedly at the movies with his granddaughter, who was visiting him in town.

"I'm not exactly sure what he gave the homeless man, but he appeared to write something down on a piece of paper inside the movie theater, which he then proceeded to give the homeless man outside," Baca tells FOX 5.

The photo was shared on social media by D.C. Public Affairs consultant and businessman Paul Equale and has since gone viral -- with over 50,000 shares and over 70,000 likes on Facebook.

Equale wrote in his post of Baca's photo: "Joe Biden took his granddaughter to the movies in Georgetown last night.....on his way out he stopped to speak w/ a homeless man. A bystander took this candid shot. Character is about what you do when no one is watching."