Chucky is a former suicide bomber detection dog. He gets all the toys he wants now that he has entered retirement.

The non-profit has reunited more than 300 retired military dogs with their original handlers or adopted them out to veterans. About a dozen of those dogs are currently living at the Mission K9 ranch in Magnolia, Texas waiting to be reunited with their handlers.

"They crave this toy; it's what they live for, and the only time they get it is when they work,” said Kristen Maurer, the charity’s president, while playing fetch with Chucky who is one of the retired dogs on the ranch. 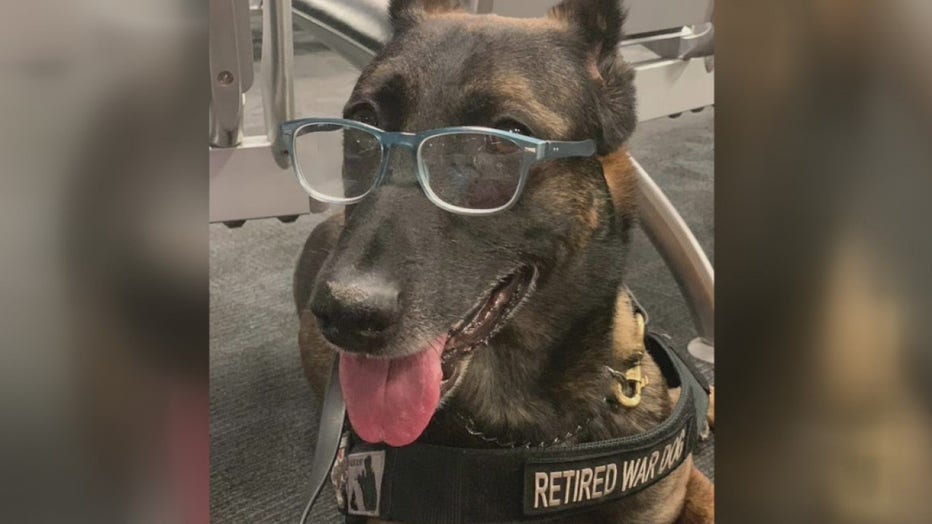 Chucky is a former suicide bomber detection dog. He gets all the toys he wants now that he has entered retirement.

"The second they get to our property, we give them as many toys as they want, because we're like: Okay, you're never gonna have to work for that again,” said Maurer.

Maurer and the group’s vice president Louisa Kastner boarded the flight to Kuwait Monday afternoon. They’ll spend five days on their sixth mission to that country before returning with nine newly retired dogs and sorting out who on their adoption list to unite the dogs with.

"They've been working the borders in Kuwait, and it's time for them to retire,” said Maurer. "These dogs--they go out on the front line. They protect our soldiers, they protect our first responders, and they protect our citizens. So for us, we feel like it's our job to give back to them when they retire."