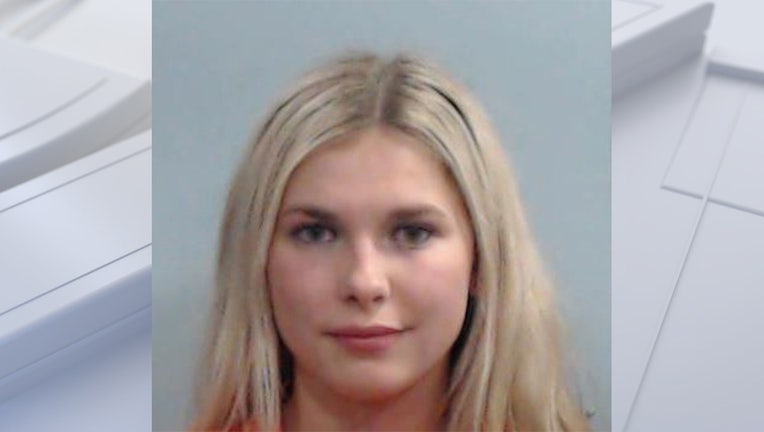 Sophia Rosing was arrested Sunday at a residence hall and charged with assault, alcohol intoxication in a public place and disorderly conduct, according to the Fayette County jail. She pleaded not guilty during an arraignment Monday afternoon.

The university said in a statement Sunday that a "disturbing incident" was captured on video in a residence hall. In the video, the female student worker said Rosing hit her multiple times and kicked her in the stomach.

An arrest citation filled out by campus police said Rosing repeated a racial slur to a group of Black females and kept repeating the slur after she was detained, the Lexington Herald-Leader reported.

The student employee was working an overnight shift at the front desk of Boyd Hall, the university said. At one point in the video she says, "I don't get paid enough for this."

University President Eli Capiluto said he has reached out to offer support to the victims while officials conduct an immediate review.

"From my view of a video of the incident, the student worker acted with professionalism, restraint and discretion," his statement said.

He said the video images reflect violence "and a denial of the humanity of members of our community."

"To be clear: we condemn this behavior and will not tolerate it under any circumstance. The safety and well-being of our community has been — and will continue to be — our top priority," Capiluto said.