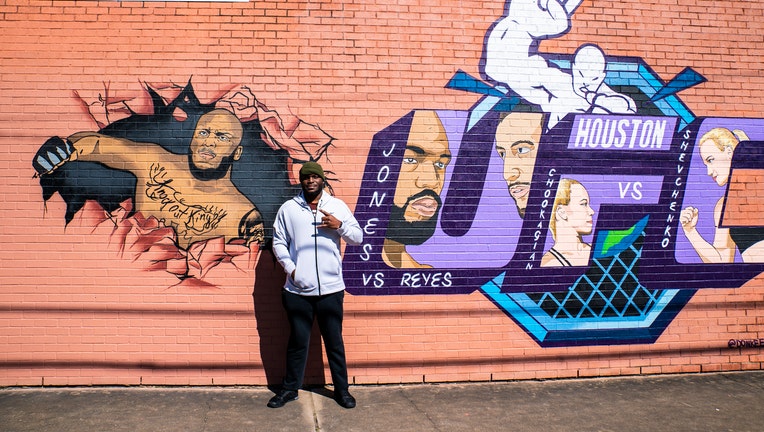 HOUSTON - Houston's own UFC Heavyweight Derrick Lewis has always wanted his own mural.

"Always sat at home and wished that one day my mural would be up somewhere," Lewis said.

All it took was UFC 247 coming to Houston's Toyota Center, where Lewis, known as The Black Beast, will be fighting Ilir Latifi on the main card.

Now the knock-out king can travel to EaDo to see his spray-painted portrait done by artist Donkeeboy.

"I was scared. What if [Derrick] don't like it ... [he could] beat me up!" Donkeeboy said when presenting the mural to Lewis on Thursday. "I was terrified." 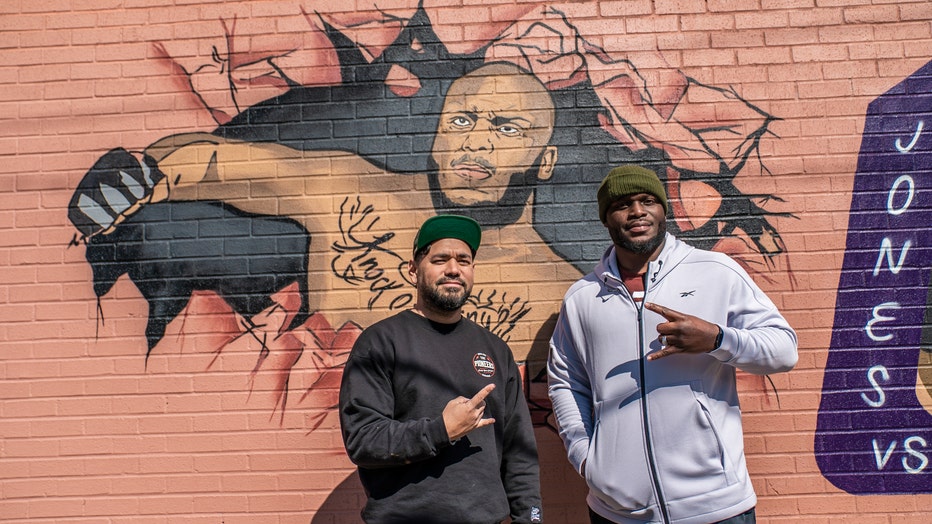 Luckily for the Houston-based artist, who has been a UFC fan since the 1990s, Lewis thinks it's cool.

It took Donkeeboy two hours to sketch the mural and roughly four days to paint due to the unfavorable weather conditions.

If you want to visit the mural, you can find it at 908 Live Oak Street. 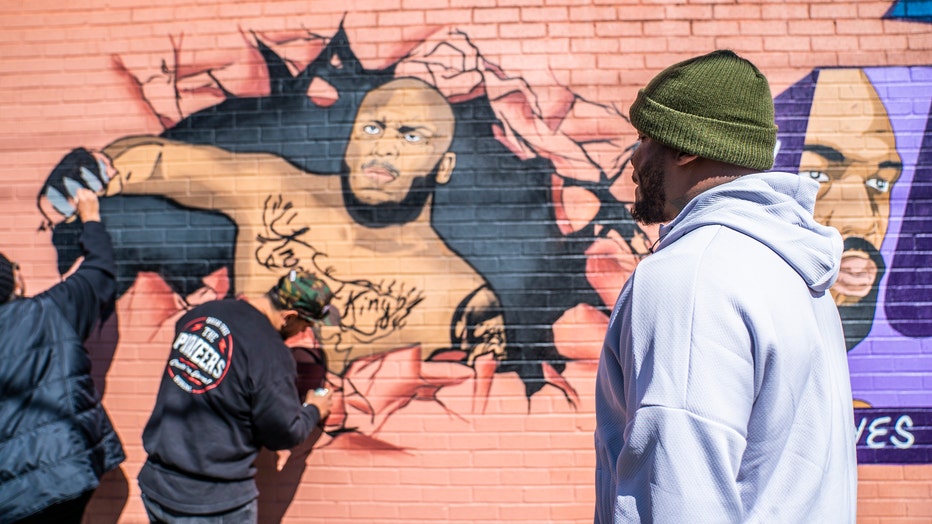 Catch the UFC 247 main card at Toyota Center tomorrow at 9 p.m. to see if The Black Beast can beat Latifi.