Midshipman Christian Schwien, of Fairfax, Virginia, replaced an underclassman's "Dixie cup" hat with an upperclassman's cover in 1 hour, 5 minutes and 5 seconds on Monday. The academy says that's the fastest recorded time on a greased monument in more than 30 years.

Each year, first-year students form a human pyramid around the 21-foot obelisk that has been greased with butter, shortening and oil.

Other “plebes” then try to scramble to the top of the pyramid to replace an underclassman’s “Dixie cup” hat with an upperclassman’s hat.

Last year, Midshipman 4th Class Peter Rossi of Phoenix capped the Herndon Monument at 2 hours 9 minutes and 35 seconds. The class of 2020 accomplished the feat in exactly 2 hours, 21 minutes, and 21 seconds while the class of 2019 completed it in 1 hour, 12 minutes and 30 seconds.

Legend dictates the one to cap the obelisk will be the first admiral of their class. In the tradition’s eight-decade history, that has yet to come true. 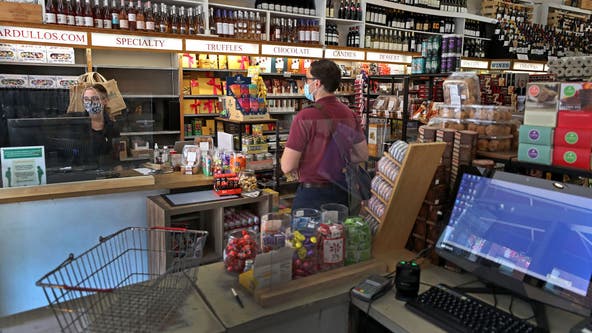