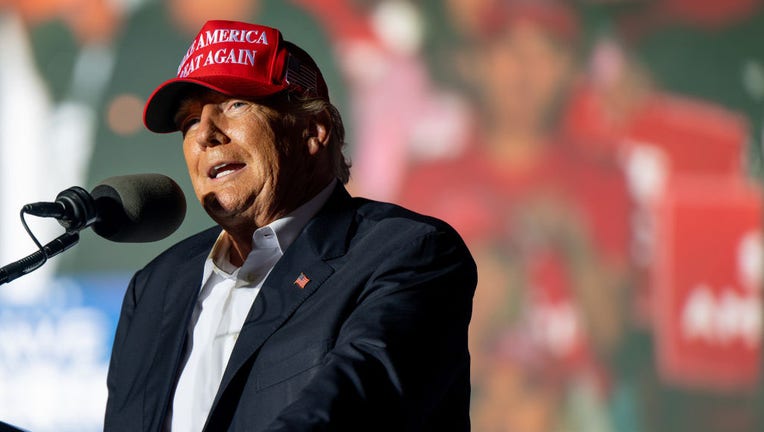 NEW YORK - Donald Trump's company goes on trial Monday in a criminal tax case and the first task facing the court is a big one: Picking a jury of New Yorkers who don't have a strong opinion about the former president.

Trump himself isn't on trial and isn't expected to testify. But the judge and lawyers in the case will likely be looking to keep people off the jury if they have unshakably strong feelings about the Republican, who isn't liked in his hometown.

In the 2020 presidential election, 87% of Manhattan voters supported Democrat Joe Biden for president. Trump got 12% of the vote.

Once jury selection is complete, Judge Juan Manuel Merchan has said he expects the trial to last at least four weeks.

A Manhattan prosecutor trying to get President Trump’s tax returns cited public reports of criminal conduct at the Trump Organization in an Aug. 3, 2020 filing.

The trial is expected to center on the actions and testimony of longtime Trump Organization executive Allen Weisselberg, who pleaded guilty in August to taking in more than $1.7 million worth of untaxed perks from the company.

Trump has decried the probe as a "political witch hunt." The company's lawyers have said it played by the rules.

If convicted, the Trump Organization could be fined more than $1 million. A guilty verdict could hamper the company’s ability to get loans and make deals.

Manhattan District Attorney Alvin Bragg inherited the prosecution when he took office in January. Bragg has taken a cautious approach with Trump, declining so far to bring charges against him personally in what's now a three-year investigation.

The jury selection process could take several days, especially if people in the pool express reservations about their ability to be neutral.

Getting a panel with an open mind, though, could be critical to avoiding a mistrial.

Steve Bannon, 68, faces up to two years in federal prison when he’s sentenced on Oct. 21. Each count carries a minimum sentence of 30 days in jail.

In the spring, another trial in a nearby federal courthouse ended in the mistrial because of tensions between jurors about political views. That case involved associates of former Trump adviser Steve Bannon who were accused of defrauding a charity founded to help pay for a wall along the U.S. border with Mexico.

Eleven jurors in that case sent a note to the judge asking another juror to be removed because that person had shown an anti-government bias and accused all the others of being liberals. The judge declined and the jury ultimately couldn't agree on a verdict.