The Trump Organization is suing New York City for canceling its contract to manage a public golf course in the Bronx.

In January, Mayor Bill de Blasio said the city would sever its business ties to the Trump Organization after the insurrection at the U.S. Capitol, which the mayor blamed on the president's rhetoric. In a news conference on Jan. 13, de Blasio compared Trump's company to the mob.

"We are not going to do business with a criminal organization," he said.

The Trump Organization has a long-term contract to operate Trump Golf Links at Ferry Point in Throgs Neck as well as contracts through this year to run two ice skating rinks and a carousel in Central Park.

"Mayor de Blasio's actions are purely politically motivated, have no legal merit, and are yet another example of the mayor's efforts to advance his own partisan agenda and interfere with free enterprise," the Trump Organization said in a statement.

"Donald Trump directly incited a deadly insurrection at the U.S. Capitol," Neidhardt said. "You do that, and you lose the privilege of doing business with the City of New York. It's as simple as that."

In its lawsuit, filed in state court, the Trump Organization said nothing in the 566-page contract gives the right to terminate the deal in the wake of the incident at the U.S. Capitol. The company is demanding that the city either allow it to continue operating the golf course or pay millions of dollars to buy out the contract.

The city countered by saying that it had "properly followed the termination process" in its contract, according to a spokesperson for the city's Law Department.

"The actions of Mr. Trump to incite a deadly riot at the Capitol on January 6th caused a breach of the Ferry Point contract by eliminating options for hosting championship events and we will vigorously defend the City's decision to terminate the contract," the spokesperson said.

With The Associated Press 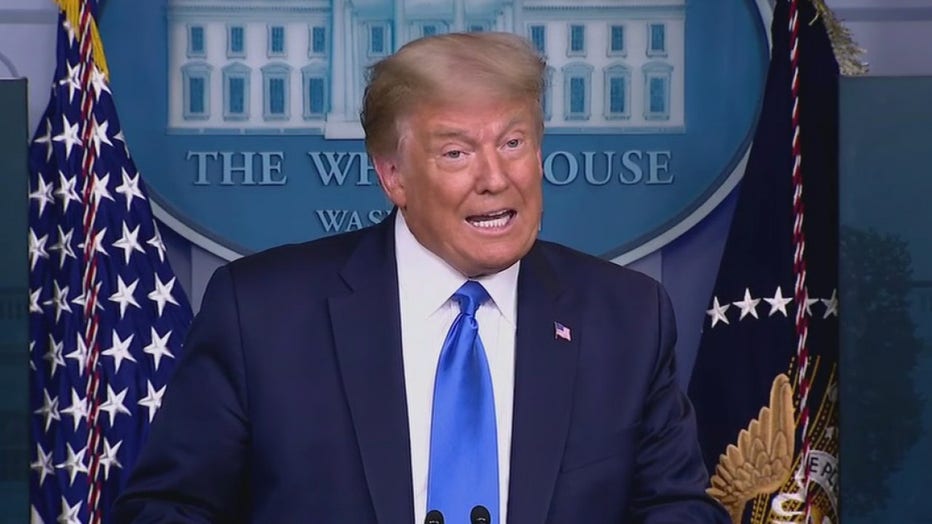