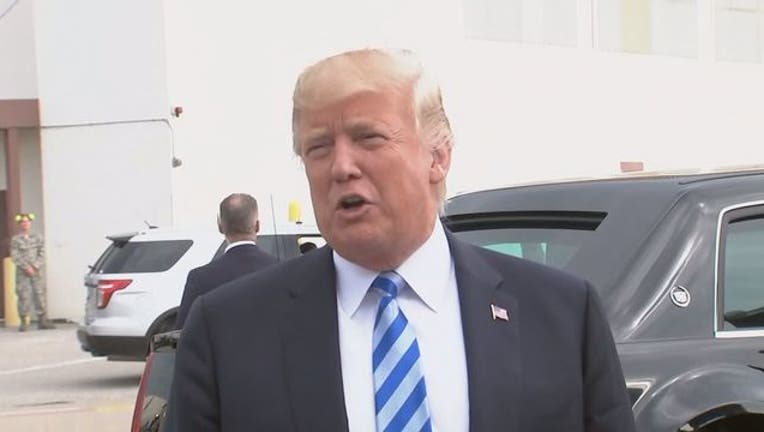 WASHINGTON (AP) — President Donald Trump is preparing to embark on an aggressive campaign schedule this fall to boost Republican candidates on the ballot in 2018.

Trump is aiming to spend more than 40 days on the campaign trail between the beginning of August and the Nov. 6 midterms, as he hopes to best his predecessors' travel schedules, White House officials said. The officials said Trump wants to be on the road for Republicans more than President Barack Obama was for Democrats in 2010 — when his party suffered what Obama called a "shellacking" — and beyond what President George W. Bush did in 2002.

"We expect the president to be the most aggressive campaigner in recent presidential history," said John Destefano, a counsellor to the president.

The Republican Party is defending its majorities in the House and Senate, facing headwinds from retirements and an energized Democratic opposition.

White House officials are unwilling to publicly list specific goals for the coming election, with Stepien saying only that, "A successful year would be defying that history."

Stepien added: "The president has put his party in the best position to defy those odds."

White House officials say Trump can be best used in the campaign by holding campaign rallies in key states to boost Republican enthusiasm. He is also attending fundraisers for GOP candidates and various Republican groups.

Trump has suggested that his party will defy expectations in November, suggesting that there may be a "Red Wave" in the fall of Republican candidates.

The GOP does have several potential pick-up opportunities in the Senate, with vulnerable red-state Democrats on the ballot in West Virginia, North Dakota, and Florida. But the House map appears far more challenging, made worse by the large number of GOP retirements.

Trump was traveling Tuesday to West Virginia to promote Republican Patrick Morrisey's Senate candidacy. That race is one of the GOP's prime pickup opportunities.

This story has been corrected to show that Trump's travel is being tallied from the beginning of August, not Labor Day.