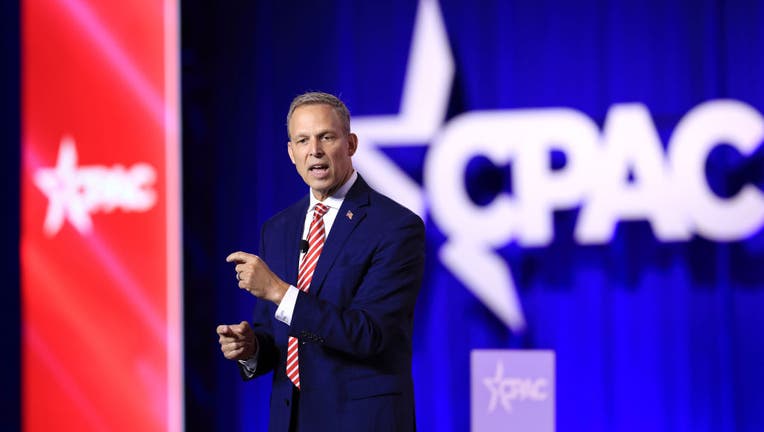 EXCLUSIVE — Republican Rep. Scott Perry of Pennsylvania says that the FBI has confiscated his cellphone.

Perry, in an exclusive statement, told Fox News on Tuesday that while traveling with his family earlier in the day, he was approached by three FBI agents who handed him a warrant and requested that he turn over his cellphone.

"This morning, while traveling with my family, 3 FBI agents visited me and seized my cell phone. They made no attempt to contact my lawyer, who would have made arrangements for them to have my phone if that was their wish. I’m outraged — though not surprised — that the FBI under the direction of Merrick Garland’s DOJ, would seize the phone of a sitting Member of Congress," Perry said in his statement. "My phone contains info about my legislative and political activities, and personal/private discussions with my wife, family, constituents, and friends. None of this is the government’s business."

Perry asserted in his statement that "as with President Trump last night, DOJ chose this unnecessary and aggressive action instead of simply contacting my attorneys. These kinds of banana republic tactics should concern every Citizen — especially considering the decision before Congress this week to hire 87,000 new IRS agents to further persecute law-abiding Citizens."

Donald Trump FBI raid: What's next for the former President as investigations continue

A federal prosecutor joined LiveNOW from FOX to talk about the steps the DOJ and FBI had to take in order to get a warrant and execute it a the former President's Mar-a-Lago estate in Florida. This all comes as speculation continues to build of a potential 2024 from Donald Trump.

Perry, a five-term congressman and loyal Trump ally, is an original member of the conservative House Freedom Caucus and took over as the group’s leader at the beginning of the year. Perry was also a strong supporter of Trump’s repeated unproven claims that his 2020 election loss to now-President Biden was due to massive voter fraud.

Perry has been a target of interest of the Democratic dominated January 6 House select committee that is investigating the deadly 2021 attack on the Capitol by right wing extremists and other Trump supporters who aimed to disrupt the congressional certification of Biden’s Electoral College victory. Perry was in communication numerous times with the Trump White House in the days and weeks ahead of the storming of the Capitol.

Fox News has reached out to the Justice Department for comment on Perry’s claims, but had not received a response at the time this report was filed.

Trump announced on Monday that his Florida residence had been raided by the FBI. Sources told Fox News Digital the search was in connection with materials that Trump took with him from his time as president. Sources also said National Archives and Records Administration referred the case to the Justice Department, which recovered 15 boxes of classified materials from the home.