High winds and heavy rains are striking coastal Louisiana and Mississippi as a disorganized and unpredictable tropical weather system churns through the Gulf of Mexico.

The storm is forecast to avoid the Tampa Bay area and much of Florida, according to FOX 13’s meteorologist Dave Osterberg.

On Thursday, the National Hurricane Center began issues advisories for Potential Tropical Cyclone Three. A tropical storm warning was already in effect for parts of Louisiana, Mississippi and Alabama — extending from Intracoastal City, Louisiana, to the Alabama-Florida border, according to the NHC.

Tropical storm conditions are expected to arrive Friday in these areas. 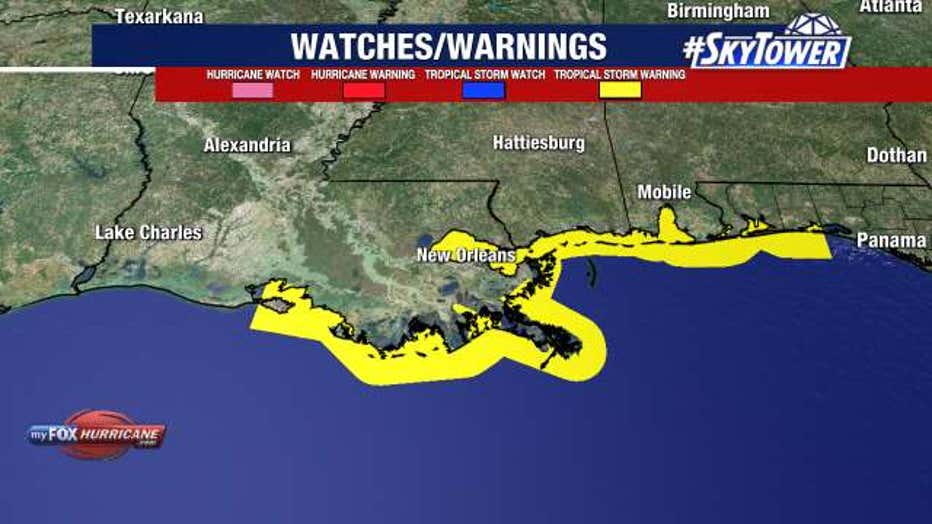 A tropical depression could form Friday, or could strengthen to become the third named storm of the 2021 Atlantic hurricane season: Claudette.

"Here is Potential Tropical Cyclone Three. What is that?" said Osterberg. "When they anticipate something to become tropical now and it’s close enough to land what they really want to do is get watches and warnings out well ahead of time. That’s what they do with this."

LINK: Get updates on MyFoxHurricane.com

As of Friday morning, the system had winds of 35 mph and there are signs it is becoming better organized, despite wind shear.

"Everything is on the eastern side of this. There’s nothing significantly wrapping around the west. It may strengthen just a smidge," Osterberg said. "This could become Tropical Storm Claudette, but even if it does, this is going to be a big rainmaker, not only for southeast Louisiana, coastal Mississippi, coastal Alabama, but going all the way up through Alabama, Georgia, into the mountains and Appalachians too." 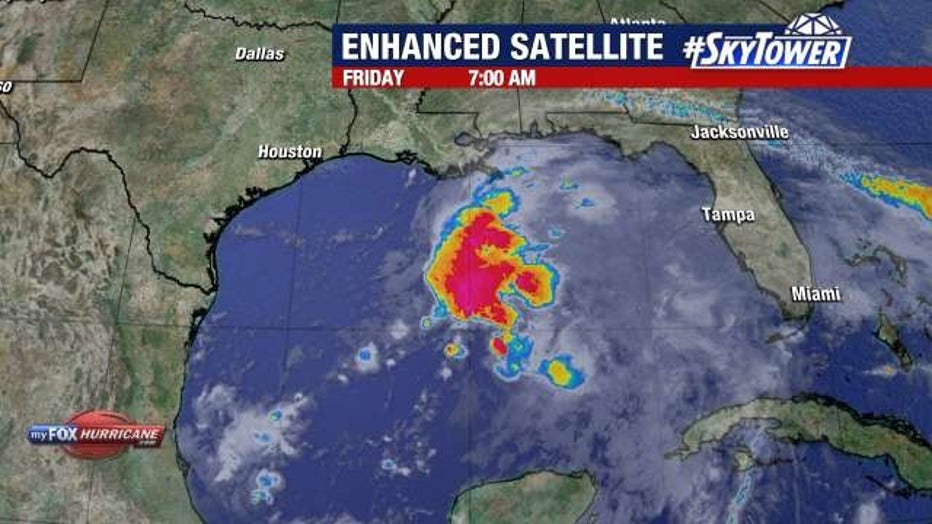 He said the lopsided system is going to move slowly.

"They are going to get a lot of rain this upcoming weekend from whatever this becomes," Osterberg explained. "It’s really going to slowly work its way into the southeast through the weekend. That’s the problem when you get a system like that, whatever it is – whether it’s a named storm or not – when it moves that slow. It’s inch after inch after inch of rain."

Louisiana Gov. John Bel Edwards late Thursday issued a state of emergency due to the potential weather threats. The move is an administrative step that authorizes the use of state resources to aid in storm response efforts, the governor’s office said.

The system is expected to produce up to 8 inches of rain across the Yucatán Peninsula of Mexico, and up to 12 inches through the weekend from the central U.S. Gulf Coast northeastward into the Southern Appalachians.

The combination of storm surge and the tide will cause normally dry areas near the coast to be flooded by rising waters moving inland from the shoreline, the hurricane center said. The water could reach heights of about 1-3 feet.

There have already been two named storms during the 2021 Atlantic hurricane season. If Claudette does form, the next name on the list will be Danny.