TAMPA, Fla. - While Tropical Storm Elsa officially formed Thursday morning, it’s still too soon to determine what – if any – impacts could happen next week for Florida. Elsa is the earliest fifth named storm on record for the Atlantic hurricane season.

Elsa is currently about 500 miles east-southeast of St. Vincent. Two reliable computer models show different outcomes for the tropical storm after it reaches the eastern Caribbean. 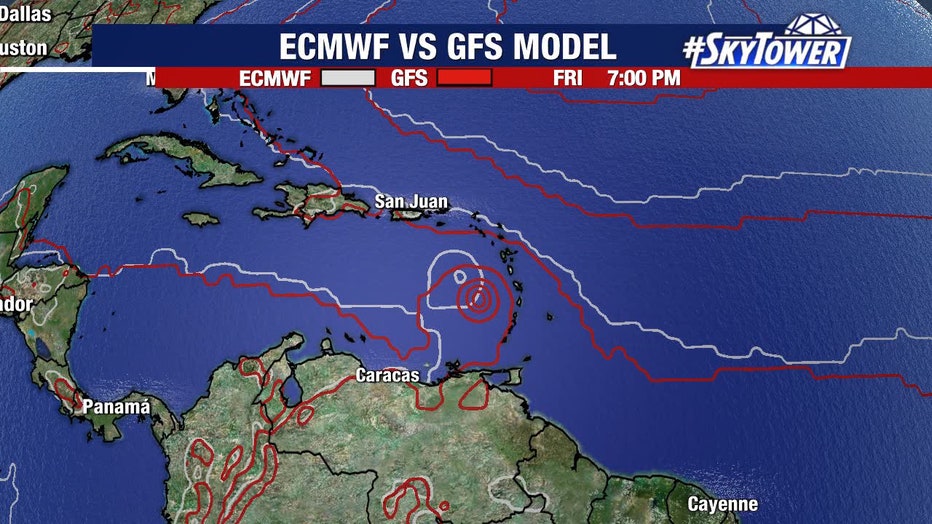 "Out of respect for the updates in the GFS, I think that’s why the Hurricane Center has the track that they do now," he explained. "But so many different things have to happen and have to change and they’re going to change." 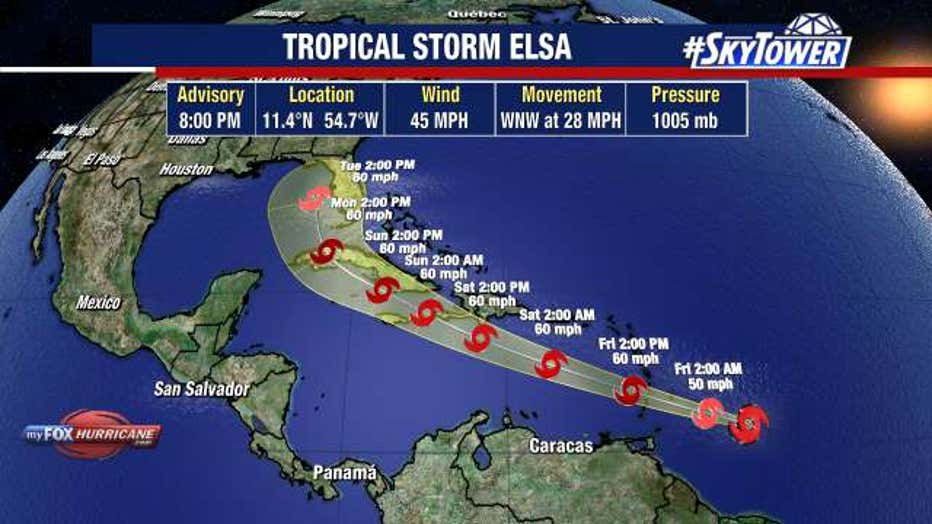 It will still have to encounter the mountains of the Dominican Republic, then Haiti, then Cuba, Osterberg said.

"Then, if it still holds together – there’s a lot of ifs, folks – then there could be some impact in South Florida sometime early next week," he explained. "As it moves into the eastern Caribbean this weekend, right here, they have very strong trade winds and as a result, they act like a vacuum. That sometimes tends to knock these storms out. Let’s see if that it gets knocked out when it reaches the eastern Caribbean." 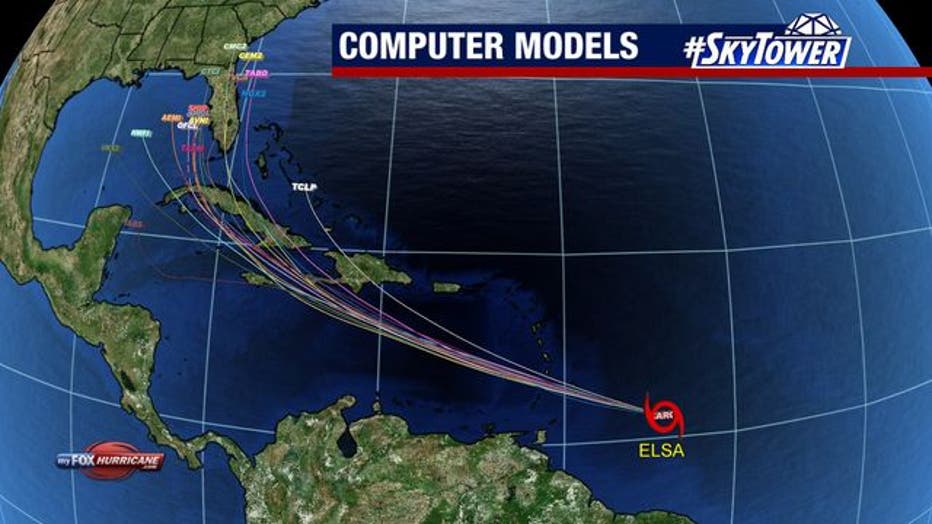 Osterberg stressed that it will not impact Florida during the holiday weekend, but if Elsa continues on the forecast track, officials in South Florida say the weather could interfere with the search efforts at the Surfside condo collapse.

"It is July 1. Typically, you wouldn’t get the fifth-named storm until sometime in August, way deep in August, at that," he said.

Elsa is moving at 29 mph to the west-northwest, a very fast speed for a storm that will inhibit its development.

"On the forecast track, the system will pass near or over portions of the Windward Islands or the southern Leeward Islands on Friday," according to the NHC advisory, "move into the eastern Caribbean Sea late Friday and Friday night, and move near the southern coast of Hispaniola on Saturday."