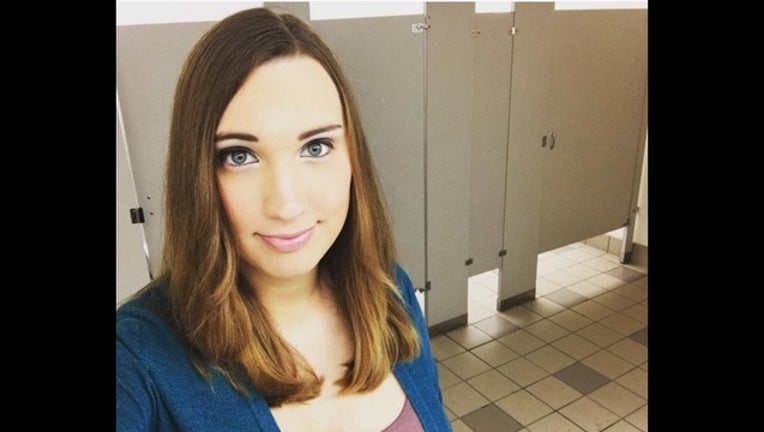 Credit: @sarahemcbride/Instagram -- McBride shared this photo of herself standing in a women's bathroom in North Carolina in protest of House Bill 2.

(STORYFUL) - Sarah McBride is an LGBT rights activist who made headlines when she came out as transgender while serving as president of her college’s student body in 2012.

McBride shared a selfie on April 21 in what she says is a women’s restroom in North Carolina.

The photo is taken in protest against the recent passage of House Bill 2 in North Carolina, which prohibits transgender men and women from using the restroom that matches their sexual identity.

In the post, McBride wrote, “They say I’m a pervert. They say I’m a man dressed as a woman. They say I’m a threat to their children. They say I’m confused…I’m just a person. We are all just people. Trying to pee in peace…And allowing me to continue to use this bathroom – just without fear of discrimination and harassment – doesn’t hurt anyone."