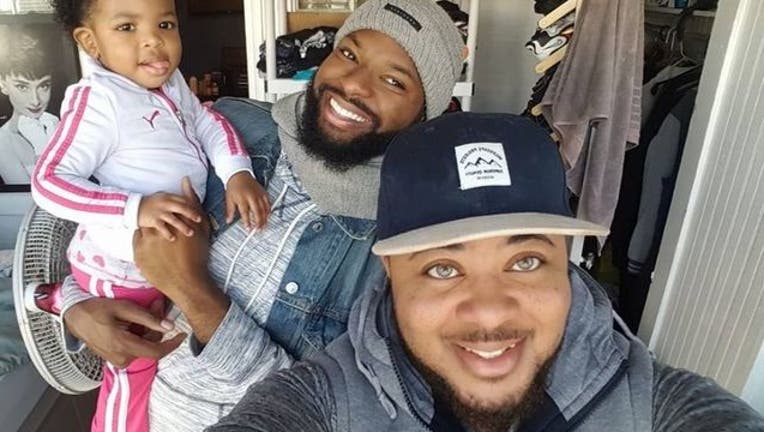 Kayden Coleman, 29 (front), with his husband, Elijah, 27, and their daughter, Azaelia. (Kayden Coleman/Facebook)

PHILADELPHIA - Data from the Centers for Disease Control and Prevention (CDC) show nearly half of all pregnancies in the United States are unintended, but the story surrounding the surprise birth of Elijah and Kayden’s daughter, Azaelia, is anything but ordinary.

Kayden, who is transgender, had been living as a man for a decade and had been taking testosterone to transition into a man for five years when he learned he was pregnant, The Mirror reported. The 29-year-old and his husband, 27-year-old Elijah, ended up conceiving during the six weeks when Kayden had to stop taking the hormones to prepare for a double mastectomy.

The Colemans, who live in Philadelphia and wed in July 2013, initially didn’t think much about the extra weight Kayden ended up putting on in his midsection—an effect Kayden attributed to a lack of exercise—but then began joking that perhaps Kayden was with child. A home pregnancy test then a test at the OB-GYN confirmed their suspicion: He was 21 weeks pregnant.

“I never thought about getting pregnant,” Kayden told mirror.co.uk. “Because of the male hormones, I didn’t think it was a possibility. It was definitely a surprise.”