Detective Joseph Seals, 40, will be laid to rest on Tuesday.

JERSEY CITY, N.J. - As rain poured down Tuesday, thousands of police officers lined the streets of Jersey City to honor a detective killed last week in what officials are calling a domestic terrorism attack that also left three civilians dead.

Joseph Seals, a 40-year-old married father of five, was lauded as a model officer who helped get guns off the streets of the city of 270,000 that sits across the Hudson River from New York City. He was shot Dec. 10 in a cemetery about a mile from a kosher market by two attackers who went on to kill three more people at the store before dying in a shootout with police.

Jersey City Director of Public Safety James Shea last week called Seals "the ultimate detective or officer" they would point out to younger officers. In 2008, he was credited with saving a woman from a sexual assault inside her own home on Christmas Eve. 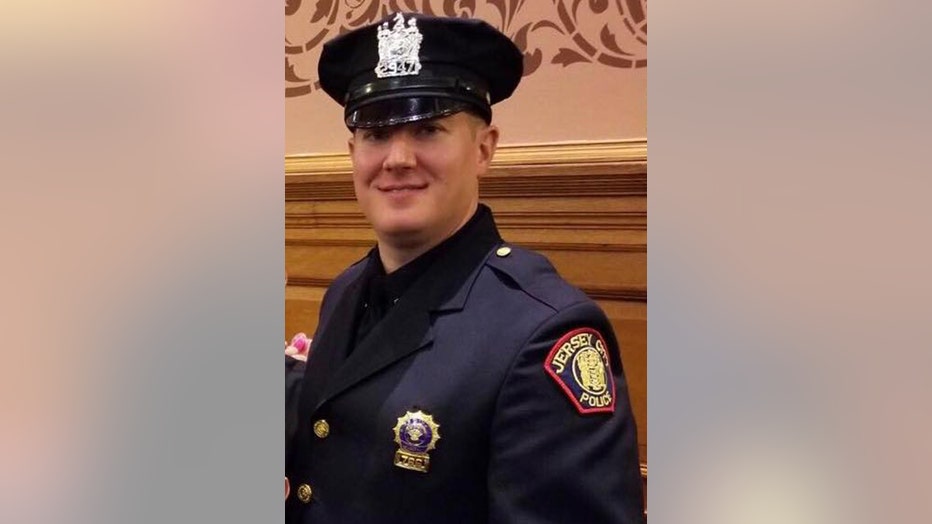 Det. Joseph Seals, who was killed in an attack that also left five others dead last week in Jersey City, will be laid to rest Tuesday. (Jersey City Police Department)

He noted that Seals, who was white, served in communities where distrust of the police by minority residents is a fact of life.

"Sometimes in different communities, you’re not always the most popular person, but there are a lot of people who are good people who have nowhere else to turn when it comes to crime, and they look to the police to give them a little peace of mind. And Joe did that," he said. 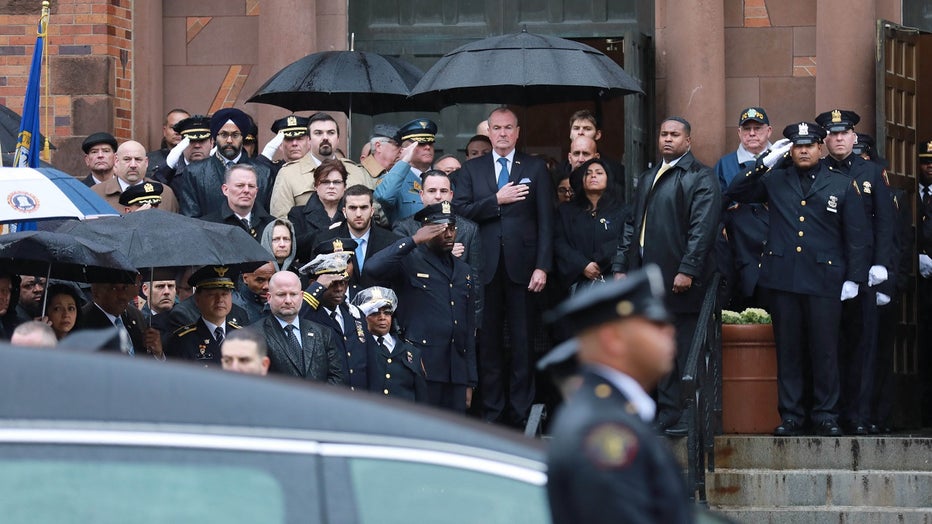 Police officers from towns nearby and throughout the country lined up 12 deep for blocks in anticipation of the funeral procession Tuesday. Sgt. Brian Lowe was among four members of the Kingston police department, which is about an hour north of New York City, who came to show support.

"It helps out in that it builds a camaraderie, it helps to see that everybody is on the same page, that everybody's there for each other," he said.

Former Jersey City residents Matthew and Eileen McGinn drove in from the suburbs to stand in the rain across from the church to pay their respects. Both have close ties to the police force through family - Eileen McGinn said her sister-in-law's family "are all Jersey City cops" - or familiarity. 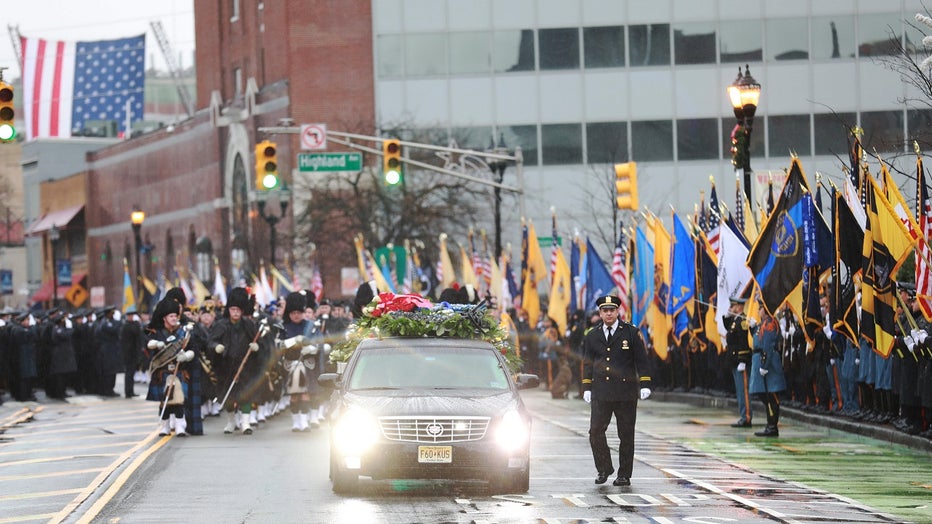 Police officers from towns nearby and throughout the country lined up 12 deep for blocks ahead of Tuesday's funeral procession. (Office of the Attorney General/Tim Larsen)

"It's heartbreaking," Matthew McGinn said. "You can't come from Jersey City, be active in the community and not know police, especially being Irish."

U.S. Attorney General William Barr and New Jersey Gov. Phil Murphy were at the funeral, which was closed to the media.

Funerals already have been held for the other victims killed in the deli: Mindel Ferencz, 31, who co-owned the grocery; 24-year-old Moshe Deutsch, a rabbinical student from Brooklyn who was shopping there; and store employee Douglas Miguel Rodriguez, 49. A fourth person in the store was shot and wounded but escaped, authorities have said. 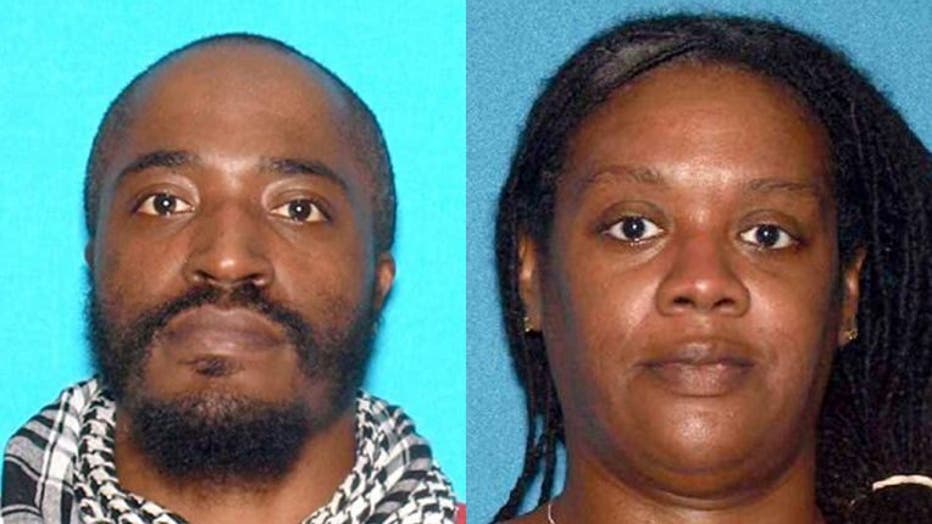 David Anderson and Francine Graham, who were killed in a shootout with police, had several weapons including AR-15 assault rifles when their bodies were found, and a pipe bomb was found in the U-Haul van they drove to the market. The pair also are believed to have killed a livery driver who was found dead in the trunk of a car in nearby Bayonne the weekend before the kosher market shootings.

New Jersey Attorney General Gurbir Grewal said the attack was driven by hatred of Jews and law enforcement, and is being investigated as an act of domestic terrorism.

A GoFundMe set up by the Jersey City Police Department has raised more than $550,000.