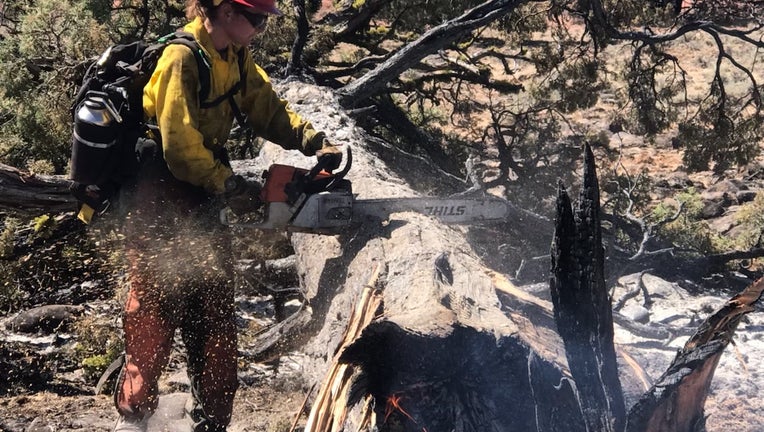 In addition to the hand crew, the service says a 10-person suppression module, six engine crews, two dozer crews, and multiple overhead personnel are currently deployed out of state.

COLLEGE STATION, Texas - The Texas A&M Forest Service says more than 70 of its personnel are currently deployed to wildfire incidents across multiple western states including Arizona, California, Idaho, and Montana.

According to the National Interagency Fire Center, there are 70 large fires burning across the United States with more than 17,700 wildland firefighters and overhead personnel committed to these incidents.

"With continued hot and dry conditions out west, wildfire activity and the need for fire resources is increasing," said Les Rogers, Texas A&M Forest Service Chief of Fire Operations and Incident Response Department Head. "We are proud to send skilled personnel to help fight these wildfires."

In addition to the hand crew, the service says a 10-person suppression module, six engine crews, two dozer crews, and multiple overhead personnel are currently deployed out of state. All resources will complete an assignment lasting 14 - 21 days before returning to Texas.

Due to significant fire activity occurring in multiple geographic areas across the country and heavy commitment of shared resources to large fires nationally, the National Multi Agency Coordinating Group has raised the National Preparedness Level to Level 5.

Preparedness Levels are dictated by fuel and weather conditions, fire activity, and fire suppression resource availability throughout the country. Level 5 is the highest level of wildland fire activity and indicates heavy resource commitment to fires nationally. The state of Texas is currently at Level 1.