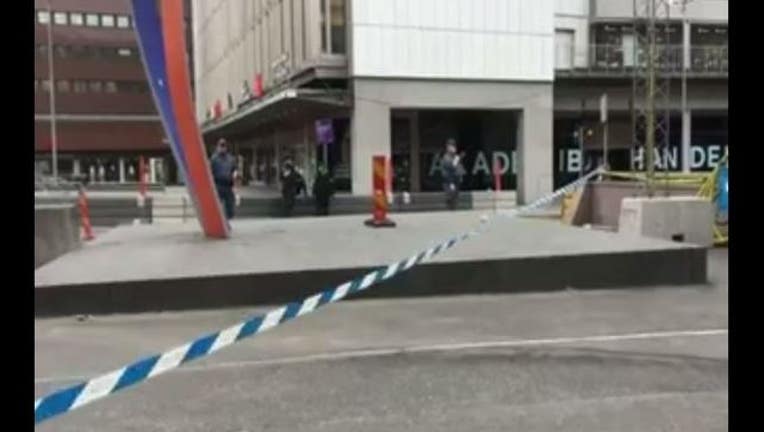 Swedish radio says Friday that three people have been killed in the crash and Swedish broadcaster SVT says shots have been fired. People in the area are fleeing the scene.

The Swedish news agency TT says several people have been rushed away in ambulances, and live television footage showed smoke coming out of the department store that the truck smashed into.

Swedish police said say they have received calls about a person who has injured others driving a vehicle on the central Stockholm street of Drottninggatan. Police spokeswoman Towe Hagg says people have been injured but she would not confirm the deaths.