ATF has released surveillance video of two suspects and a suspect vehicle in the burglary of a Houston gun store. The thieves were able to take dozens of guns and silencers. ATF is offering a reward for information that leads to their capture.

HOUSTON - Authorities are looking for four suspects who stole dozens of guns and silencers from a Houston gun store on Monday.

It happened at Lone Star Tactical Supply, located in the 10000 block of N. Eldridge Pkwy in northwest Houston.

The Bureau of Alcohol, Tobacco, Firearms and Explosives (ATF) says the suspects broke into the store and stole 33 firearms and 17 flash-barrel suppressors.

The subjects are believed to have been driving an older, dark-colored Nissan sedan, which can be seen in surveillance video released by ATF. 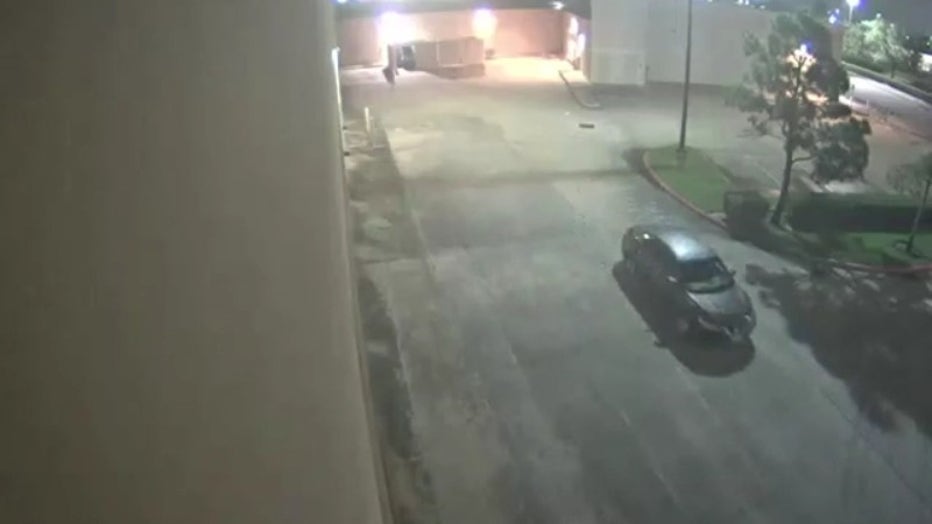 The suspect vehicle is described as a dark-colored, older model Nissan sedan.

The government agency is offering a reward of up to $5,000 for information leading to the arrest and conviction of the suspects responsible for the theft.

Anyone with any information about this crime should contact ATF at 1‐888‐ATF‐TIPS. Information can also be sent to ATFTips@atf.gov, or through ATF’s website. Tips can also be submitted anonymously using Reportit.